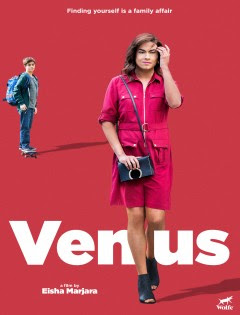 Three weeks on I am still smiling about VENUS. an utterly charming film that makes you feel good for weeks afterward. When the film ended I had a goofy smile on my face for hours afterward. And then it kept coming back as I thought about the film.

The film concerns Sid, a transgender woman. As she is working on how to let the world know about the change fate blindsides her when the son she never knew she had shows up on his doorway. This sets up ripples through Sid’s life with her boyfriend, her parents and her ex.

Venus is 100 minutes with good people. It is a wonderful film about finding one’s self and finding a family. I was entranced.

I don’t know what else to say. I laughed, I got misty and I felt damn good when it was over. There aren’t many films that make you feel genuinely good any more. There are damn fewer that delight you when you think about them weeks later. I loved this film.

And probably that’s the only review I can give- I loved the film and it still makes me smile weeks after first seeing it. 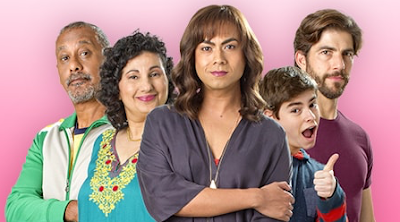