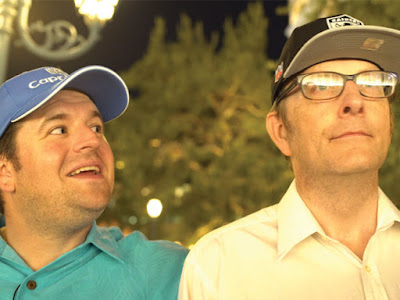 The film started out as a portrait of Larry Lang whose father started Michael’s Restaurant in Minnesota. First a spaghetti house after the Second World War it changed to serving steak  and was promptly put on the map by their onion rings. The rings were so good that when Michael's was destroyed in a fire patrons would drive hundreds of miles to wherever Larry was cooking. Filmmaker Zac Capp decided that his first film was going to be on Larry and his rings, and what follows that is the movie, though directed by some other people.

The highest praise I can say about the film is that when it was done I instantly wanted to see it again. Partly because I enjoyed it so much but also because I wanted to see the flow of events from the perspective of someone knowing how it would all play out. Any film that makes me want to deep dive again is something special and Ringmaster is just that.

Ringmaster plays at Festival of Cinema NYC on August 8. Tickets can be had here.
Posted by Steve Kopian at August 06, 2019