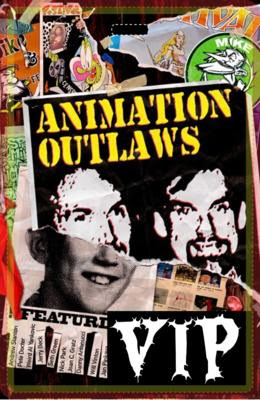 If you think I am being hyperbolic watch the film and you will realize that I am not. Simply consider how many of the people interviewed who work in feature films or work for Cartoon Network, Fox and every other outlet of TV animation and you'll realize that if they hadn’t ever seen a festival of animation we wouldn't have their shows.

Filled with clips of many of the films they screened and many of the shows they influenced, ANIMATION OUTLAWS is a magnificent testament to two guys who loved cartoons. It is also the place where anyone wanting to know or talk about animation for the last thirty or forty years has to start. To be certain there are more specific tales about studios and filmmakers but pretty much everything runs through a Spike and Mike festival at some point.

I don't have a great deal to say beyond if you love film, especially animated film, you have to see this. It is not only one of the absolute best films playing at the Slamdance Film Festival, but it is also one of the truly great films-on-film or films-on-art (of any sort) I've ever run across.