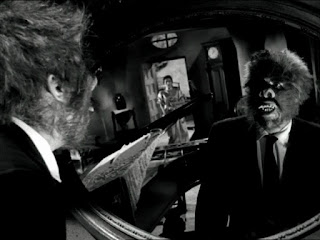 A pianist sells his soul to the devil to become the greatest of all time. The problem is every time he plays certain piece by Tchaikovsky, he turns in to a monster.

One part fairy tale, one part throw back to the Universal horror films of the '40s, THE MAN AND THE MONSTER is a nifty little thriller that plays better in the original Spanish language version (El hombre y el monstruo) than in the K. Gordon Murray dub. There is more emotion in the Spanish than in the English dub, which uses the voices you've heard in every other Murray release.

While decidedly not scary by today's standards, the film does have gobs of mood which make it perfect for a dark and stormy night on the couch.