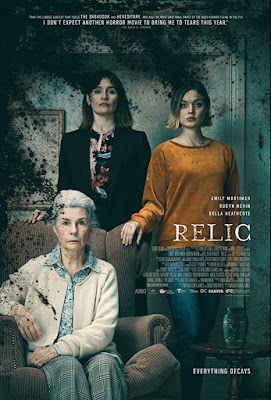 Relic is a daring horror drama about the dangers of Dementia. It encompasses the heart of both horror and compassion in one of the best IFC Midnight films I have seen to date. 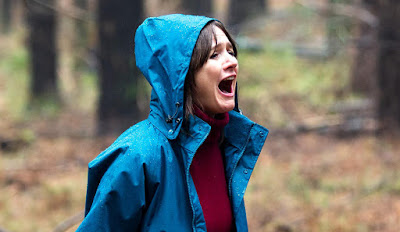 Kay (Emily Mortimer; Mary Poppins Returns, Shutter Island) and her daughter Sam (Bella Heathcote; Pride and Prejudice and Zombies, Dark Shadows) travel to visit Kay’s mother, Edna (Robyn Nevin; The Matrix Reloaded, Gods of Egypt) after she mysteriously vanishes from her home. While in the process of taking care of her grandmother, Sam starts to notice strange happenings in the house that seem rather harmless at first glance. Over time the duo discovers that something seems a little off about Edna and she seems to have returned a shell of her former self. 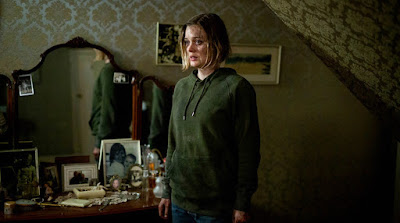 Relic is one of the most unique genre films I have seen in a long time. It encompasses both family and horror in the same realm without trying too hard to win over its audience. It flows beautifully and tells the tale of a daughter struggling to come to terms with her mothers dementia. The choice to use the house as a metaphor for the disease was a brilliant choice and adds to the dark atmosphere of the film. The lack of jump scares and cheap thrills is a welcomed change in modern cinema, especially ones of this caliber. I thought the darkness tone of the film matched beautifully with the haunting music and the artistic videography. They all worked so well together to create a cohesive film that is both memorable and enjoyable. 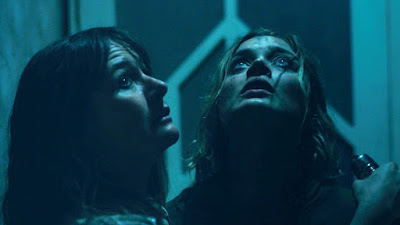 I first discovered Emily Mortimer when she played Chloe in the 2005 Woody Allen film Match Point opposite Jonathan Rhys Meyers and Scarlett Johansson. After watching the trailer for Relic I could already see her character coming to life. She has this gift you rarely see in films these days. She pulls genuine emotion from her audience and makes them feel like the character she’s playing is a real person. Even though I didn’t know Kay very well as a character I identified with her as a woman and as a daughter. 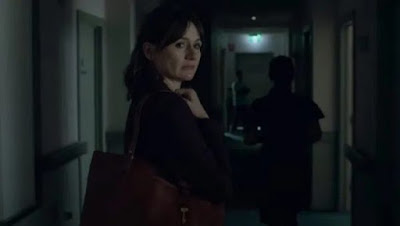 Bella Heathcote is known for her portrayal of Victoria Winters in Tim Burton’s interpretation of Dark Shadows. It was great to see Bella in a more controlled environment. Her skills as an actress really shined here. Sam is a young woman who is struggling to figure out what it is she wants to do with her life and incorporating that into this story makes her someone people of all ages can relate to. 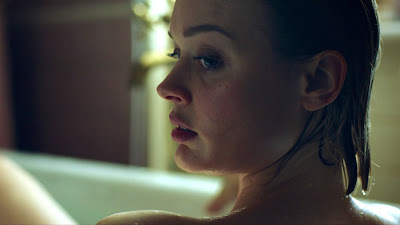 Robyn Nevin did a superb job playing Edna. I believed that she was someone’s loved one who is going through a big change in the later years of her life. I really cared about what happened to her. The way Robyn portrayed Edna’s disconnect from reality was both convincing and heartbreaking. I would definitely recommend watching her other films. 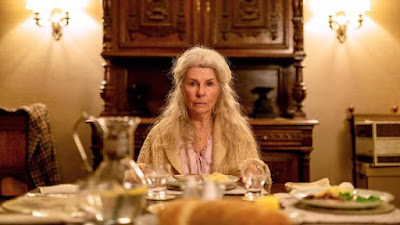 I would suggest Relic to fans who enjoy a little drama and realism in their horror films. If you’re looking for some thing that is both Erie and relatable I think this is the film for you. The entire cast is phenomenal. They bring this story to life and I really enjoyed it. I give Relic a 9/10. I wish we had gotten to know Edna before her disappearance in order to really get a good glimpse at how shocking her transformation really was. Aside from that I thought it was brilliant. Relic was praised during its opening at Sundance Film Festival in 2019. The film opens on July 10 In Theaters and also available On Demand / Digital Rental.
Posted by She Loves The Night at July 12, 2020