What Has Steve Been Reading Part 4: Drive-In Asylum 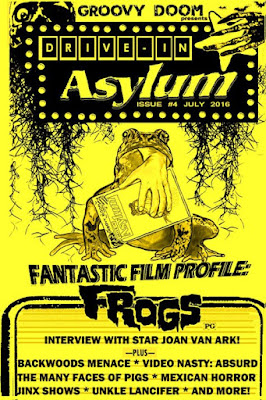 While I was reading Monster Maniacs I discovered a reference to Drive-In Asylum a fanzine that specializes in films that played at drive-in theaters. What hooked me was not the kind words they had for the articles but their discussion of the fact that the fanzine is full of old ads for films. I love those so I ordered what I could from their Etsy page and hunkered down.

What an awesome publication.

An old school fanzine that is essential xeroxed, folded over and stapled together Drive-In Asylum is a glorious throw back to a time gone by. Few people do fanzines like this any more and we are worse for it. The folks behind the magazine understand that it isn't just about writing on old films you have to make it a whole experience and that is what they have done. The mere act of holding one of their issues messes with you head to the point where you don't know what year it is. 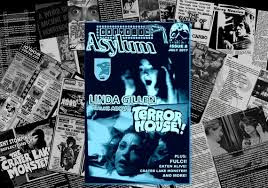 The magazine is a mix of reviews, remembrances and interviews about the films that delight the people writing them. The first issue I picked up (issue number 8) was full of discussions around a film they love called FOLKS AT THE RED WOLF IN or TERROR HOUSE or one of a dozen others.It begin with an interview with actress Linda Gillen who talks about he role in the film (and meeting Mae West). It then goes on to other pieces which talk about the love for the film so many people have (including Mae West).

One of the things I love is that they don't use regular illustrations for the film, but instead reprint ads for it under the various titles, as well as use newspaper articles and pictures that were published during the making of the film.

Inbetween it all are collages of movie ads from newspapers listing when and where all sorts of B and grindhouse films were playing. If you remember a time when studios actually ran ads in newspapers you are going to find this a delight. More so when you realize the sort of films that actually got a release. 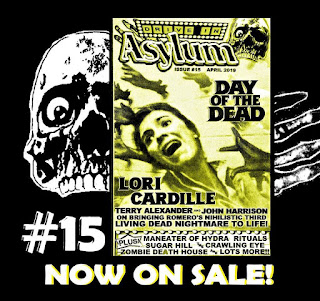 Every issue is like that. They are packed with all sorts of great articles and interviews and ads that make you want to grab a stack and read them on a dark and stormy night while having hot coco and cookies.

I can not say enough good about them.

Right now they are about to publish issue 20 and they have had 4 additional special issues as well. The issues can be had at Etsy and are worth every penny. (Issue 1-7 are currently out of print pending a decision to publish a compilation. Special issues 2 and 3 are going to be reprinted between no and Halloween, otherwise everything else is available).

Bill and the other people connected with the fanzine can be found on Facebook and on their brand spanking new YouTube channel. Right now thy have five podcasts where they talk about a chosen double feature. Each one runs about two hours.

Go buy issues or go listen to the podcast- it's all great stuff and if you love drive-in style films you must discover and follow these guys. 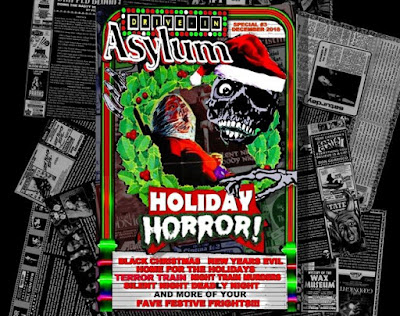 Email ThisBlogThis!Share to TwitterShare to FacebookShare to Pinterest
Labels: magazine