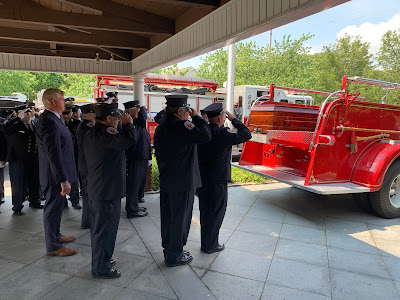 The line of firemen went back a bit to the left. 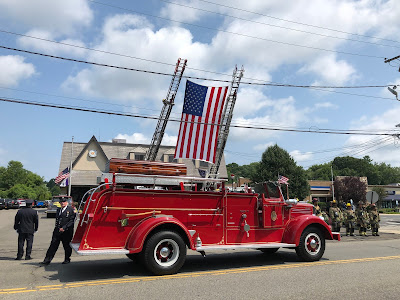 Outside Station Two on the way to the church. There was a flag on a ladder outside the funeral home as well- however no one thought to take a picture. 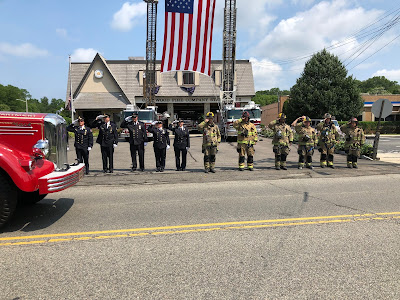 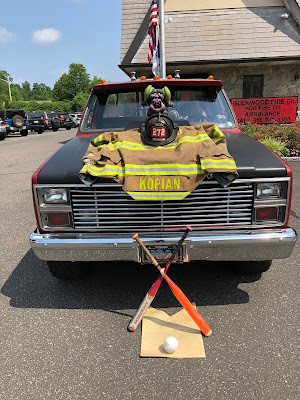 Da's turnout gear on the frill team truck with softball equipment and the mascot my brother made for the company. 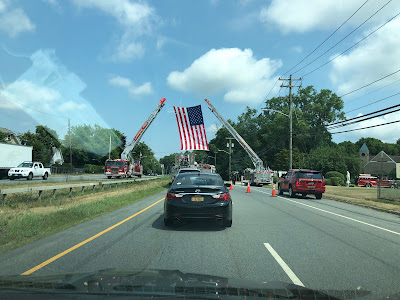 Outside the Church two other fire companies -Glen Cove and Sea Cliff flew a flag in tribute and saluted the man called General. 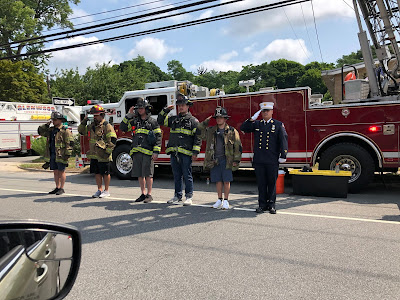 Thank you guys and girls- The General would have loved it.
Posted by Steve Kopian at July 26, 2020