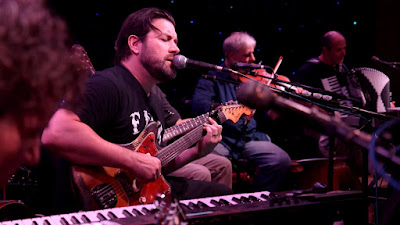 NOTHING STAYS THE SAME was probably one of the most important documentaries of 2019. I know it's a weird thing to say about a film about a music venue in Austin, Texas that's trying to stay open — but it’s absolutely the truth. NOTHING STAYS...speaks to every town and village in America, and asks what happens when you allow crazy construction across your town when, more often than not, it is going to destroy the very thing that you are known for?

The film is the story of Austin, Texas: specifically the Saxon Pub. Austin is a mecca for live music, and the Pub was considered one of the best venues to see great music. People from all over the world have come to it, because they loved the music and the community that exists around it. The city once had dozens of places like it, to see all sorts of music. However, as more and more people came to town, costs rose and the venues that hosted live performances were driven out via taxes or problems with landlords, who either raised rents to impossible levels or simply kicked the tenants out to build apartments. The Austin music scene, as a result is dying.

This is the case with the Saxon Pub, which faces closure because the landlord got an insane offer from a developer who wants to build more apartments like the ones that surround it. As the bar faces an uncertain future, filmmaker Jeff Sandmann investigated what the loss of a legendary space such as the Saxon Pub would mean in the short and long term. 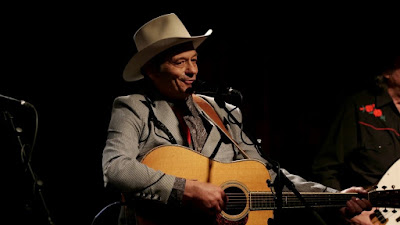 Filled with glorious music, NOTHING STAYS THE SAME is just a great film — a spot-on examination on the crazy gentrification of not just Austin, but America. The film ponders what will happen to the city when music that once filled every corner of the city goes silent. What do you do when the cost of living in the city is so prohibitive to anyone who just wants to make music? Worse, the venues the musicians once played in are closing. The reason that many people go or move to the city is rapidly disappearing. The city that once had a charming character is now becoming a land of dull apartment buildings.

Director Sandmann is to be commended. He's made a film that not only shows us what's in danger if our culture goes away, but also the battle to stop it. It's a battle that is being fought across the country on all sorts of levels. While specifically aimed at music, this is war that libraries, museums and other cultural institutions are fighting across America. By showing us the battle for the Saxon Pub, Sandmann makes the fight something we can all understand.

Not to put too fine a pint on it, NOTHING STAYS THE SAME was one of the great films of 2019. Don’t let the fact the film runs just over an hour fool you: it has more info and emotional punch than films running twice or three times as long. Not only does it inform, but it also entertains — as I said, it's filled with great music. This is a must see.
Posted by Steve Kopian at July 10, 2020