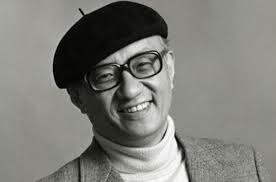 I have not seen the additional materials, however I have seen all of the Tezuka films and if you know what’s good for you you should make an effort to see them.

If you don’t know Osamu Tezuka odds are you’ve run across one or another of his creations. He was the creator of Astro Boy and Kimba the White Lion. He is considered the Godfather of Japanese comics. He was a filmmaker who made a good number of short films over the years, some of which were independently produced by himself.

His films are very much their own things and I know people who are big fans of his comic work being thrown by the short films. Its not that they are bad, rather it's because they are not (for the most part) the epic tales that you find in his comics. Most of the films run a few minutes and just seem a bit odd if you only know Tezuka’s major works.

Personally I like the films. I like them so much that I have them on multiple DVDs because each release has differing extras including commentaries. 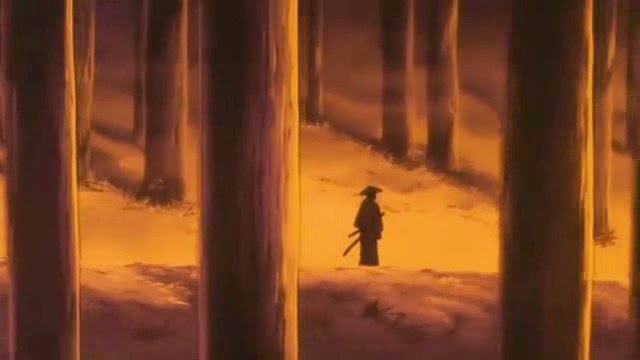 The films that are screening at Dark Sun are as follows:

MALE- in a darkened room a male cat complains to the human he shares the room with that he is making too much noise and that he would very much like quiet so that he can get it on with his lady love. The story is a net little black-out story with a sting in it’s tail.

SELF PORTRAIT is a 14 second long film made as part of a project that was put together by various film festivals. Each animator was to make a film about themselves and all of them would be joined up to make a longer film. This brief little ditty was Tezuka’s contribution.

THE DROP was made by Tezuka alone over the course of a week.It concerns a shipwrecked sailor trying to get some drops of water on the mast of his woe begotten ship. Its a very silly four minutes

MERMAID concerns a boy who rescues a fish, which turns into a mermaid that only he can see... its a lovely fantasy

THE GENESIS- a picture card parody of John Huston's THE BIBLE. More silliness with a fleeting cameo by a certain boy robot.....

PUSH drawn in a style that looks more like Sergio Aragones or Mad Magazine then Tezuka this is the story of a man who buys everything from vending machines...its a wicked satire

MURAMASA- the most detailed, most complex and most beautiful of the films running on the 20th MURAMASA looks like a graphic novel come to life. Its a cautionary tale of a samurai who finds the straw men he cuts turning into real ones. Its supposed to be a an allegory about nuclear proliferation but I don't quite see it. The film is however a masterpiece and a must see. 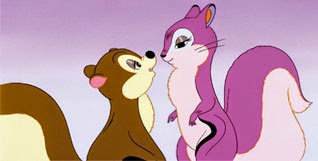 On Saturday the 21st of February the Japan Society will be running the three completed parts of  LEGEND OF THE FOREST.  Planned as a four part film Tezuka only finished  the first and fourth part (this is Part 1).  Tezuka died before completing the film. However the film was picked up and another segment (this is part 2) was finished by Macoto Tezka, who is actually Tezuka’s son. Part 2 is actually intended to appear between the first and fourth parts that Tezuka completed.

Set to Tchaikovsky's Fourth Symphony LEGEND OF THE FOREST is a very beautiful piece of animation,at least the potions I've seen, which are the Tezuka completed pieces.

Movement One is about life in the forest told in a manner that reveals the entire history of animation. If you know your  animation history you'll have a blast watching the story unfold with references to great animated films of the past. It follows various animals living in the forest and ends with the arrival of man.

Movement Four has Mankind destroying the forest and the attempts by the magical creatures in the wood trying to save it. Its a real kick in the ass.

The two pieces are truly some of the greatest animation you'll ever see. It will simply blow your mind and seeing the films you will really understand just what Osamu Tezuka was really capable of producing.

I have not seen his son's piece. I'm hoping to get to the Japan Society to see the film. It is my understanding that the work is something special and a piece of art worthy to be inserted into the work his father had started.

For tickets and more information on Friday the 20th's screening go here.
Posted by Steve Kopian at February 16, 2015

Email ThisBlogThis!Share to TwitterShare to FacebookShare to Pinterest
Labels: animation, dark side of the sun, japan, japan society, Tezuka