EJECTA opens 2/27 in theaters and on VOD 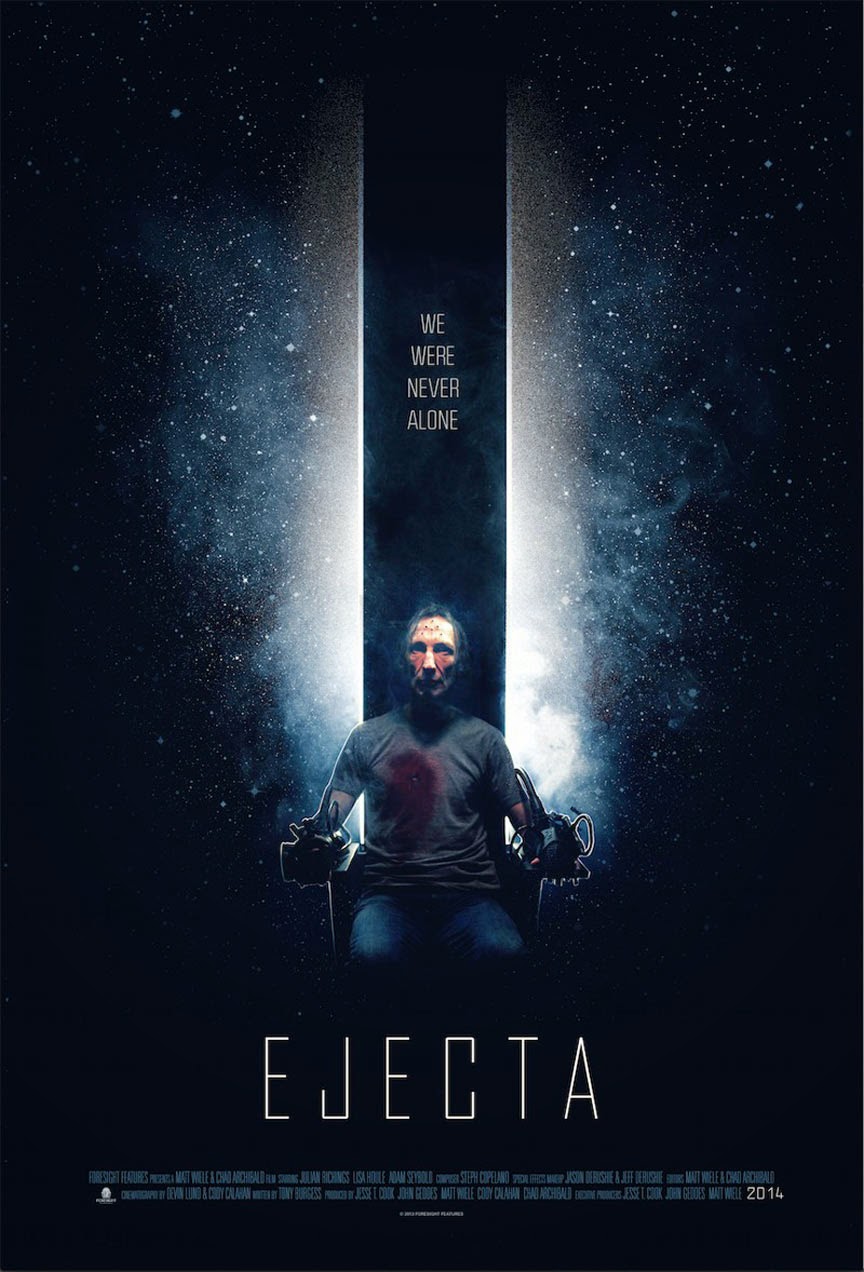 I loved EJECTA since I I saw it in connection with Fantasia in July. The film has been picked up by IFC Midnight and is being released Friday in theaters and on VOD. This is one kick ass scary alien invasion story and it's a must see.

I don't know what else to say other than here's my review from back in July (which is quoted on the UK DVD release of the film):

The film has a twin structure both focused on Julian Richings as UFO theorist William Cassidy. In part of the film Cassidy is talking to a filmmaker about himself, the thing inside him and the way things really are and in another part Cassidy is being tortured by the black ops government agency who wants to know what happened 12 hours earlier.

A scary creepy and frequently disturbing film this is a one where all of the elements come together... or mostly come together. (The only flaw is some of the torture sequences seem a tad staged). This is a film that grabs you and drags you along toward a conclusion that manages to get a rise out of you even if you may have guessed what it was going to be.

I a loved this film a great deal and as of the time I saw it it's easily near the top of the best films at this year's Fantasia.

Go see this film. It hit theaters and VOD this Friday.

(An interview with the star Julian Richings will be coming sometime in the next few days)
Posted by Steve Kopian at February 23, 2015