5 from the MOMA Documentary Fortnight 2015 in brief

Finding I could see a third of the films playing at the Museum of Modern Arts annual Documentary Fortnight I decided over the last couple of days to give some of the films a go.

Sadly the first five I sat down to watch didn't impress me much. All are observational films that weirdly kind of blurred together and outside of some of the images will all be completely forgotten about twenty minutes after I finish this post. 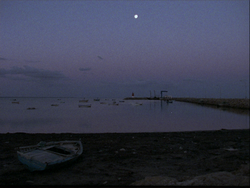 BURN THE SEA
Visuallystriking film exploring the Tunisian diaspora in France opens with the haunting images of a wild rolling sea. Its an image that promises something truly arresting that is never fully delivered.

Formal and frequently static film has us listen to the voices of those who left their own country and went to France as we stare at landscapes or watch people speak.as they stare into the distance. The stories are compelling, the images often breathtaking but the mixture made something that had me tire of after about 30 minutes. 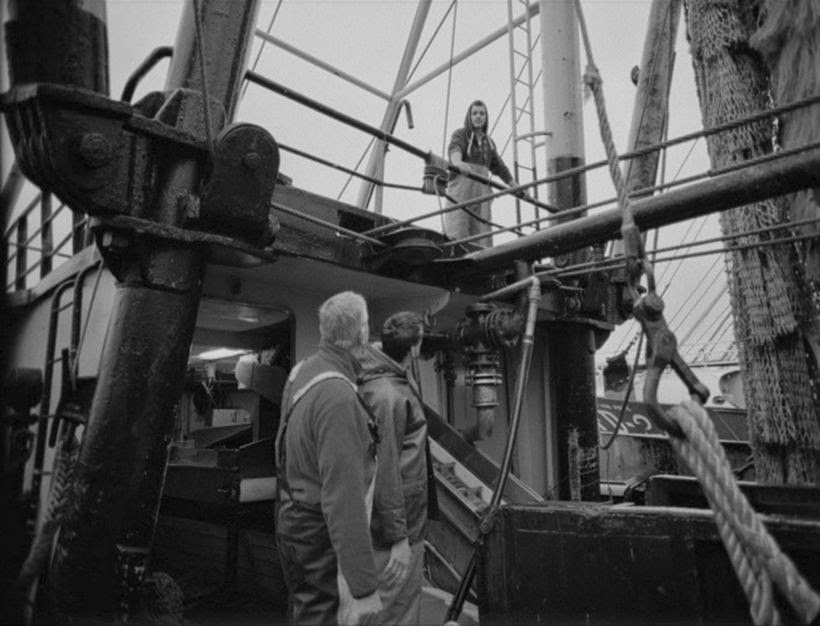 EPISODE OF THE SEA
Probably the most beautiful of the films I saw the images of this film will haunt you long after the rest ofthe film has faded from your memory.

The film is the story of the Urk islanders who centuries ago had their island disappear when the sea around it was reclaimed. Told in a series of tableau like sequences where the islanders recite lines relating their stories its an odd combination of narrative and fiction that made me wonder if this was what a Bela Tarr documentary might look like.

Its an interesting attempt at something more but nothing I'd see again-except to simply watch the beauty of the images with the sound off. 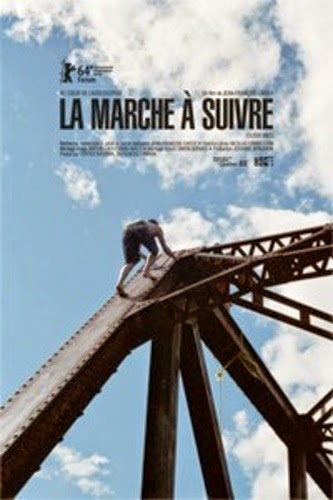 GUIDELINES (aka La Marche a suivre)
A look at the  life in a rural high school as disciplinary meetings between students is contrasted with them blowing off steam. Its nice. Its unremarkable and its makes you wonder if we haven't been here before. 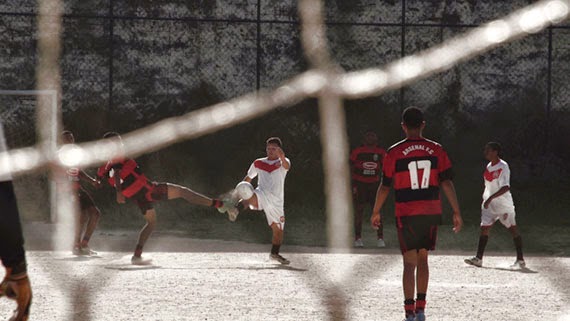 SUNDAY BALL (aka Campo de Jogo)
A look at football (aka soccer) in Brazil through an annual tournament held in Rio de Janeiro's Sampaio neighborhood. This film kicks ass with it's slow motion visuals and in your face style for about one half of it's running time and then you suddenly realize that the film really isn't going to be going anywhere or doing anything more than what it's done for the remainder of the film.

I loved watching the first half of the film and was thrilled that it somehow managed to transcend its been there and done that style and make something wonderful. I just wish the film could have sustained that feeling for its entire 72 minutes. Until it loses steam this is a great sports doc. 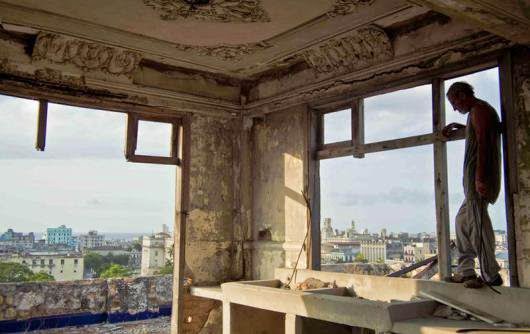 HOTEL NEUVA ISLA
A look at Jorge de los Rois and his home, the titled location.Once a grand hotel, the place became a home for the homeless and now its a near ruin that de los Rois seems intent on tearing down around himself. The film is a look at de los Rois and the few people around him that is told in a you are there fly on the wall style.

The problem is that not a whole hell of a lot happens. Worse what does happen isn't particularly compelling to the point that the films scant 71 minute running time feels several times longer. To be completely honest I tuned out and started to do other things while watching the film.

Yea I know Cuba is run down. What else can you tell me? Apparently not much.


For the entire schedule, tickets and more information on the whole festival go here

(I may or may not be posting on two more films TOMORROW IS ALWAYS TOO LONG and  OF MEN AND WAR if I can whip up some enthusiasm to actually sit down and watch them since this bunch zapped my desire to press on.)
Posted by Steve Kopian at February 14, 2015