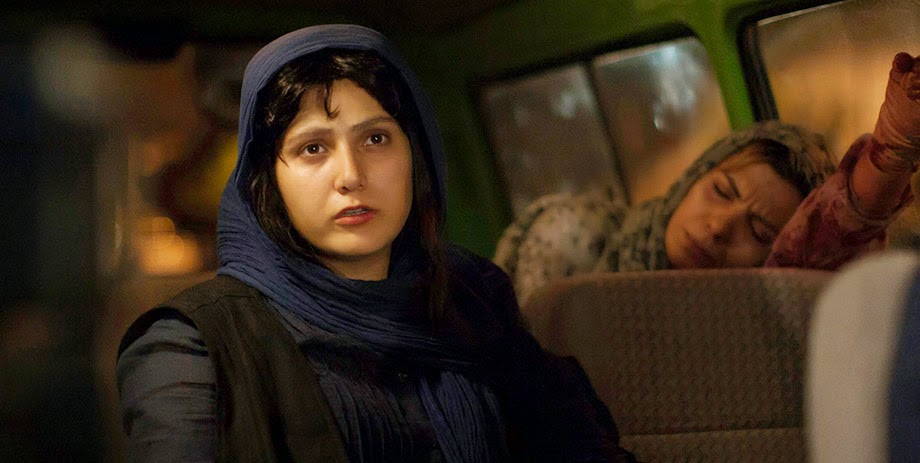 TALES is exactly that, a series of short films tied together in order to reveal life in Iran. Some are happy some are sad, all have a bittersweet quality to them and reveal the life of the characters.

Director Rakhshan Banietemad had, according to the material from FIlm Comment, had to shoot the film as a series of short films and then put them together in order to get around the censorship restrictions. She also supposedly borrows characters from her earlier films-not that you need to have seen them since I haven't and I think TALES works just fine.

The film is a portrait of life in Iran for the lower and working classes. Its a damning portrait of the difficulties of many people such as an old man tries to get into see a hospital administrator only to have him say nonsense and then try to leave because he really can't be bothered, The bureaucratic nightmare is alive and well and tormenting the poor everywhere.

Most of the segments focus on the plight of women in one way or another including the opening one where a cab driver recounts his fare's life or another one showing the problems of a male dominated society when violent drg addicted husband comes to claim his long suffering wife from a women co-operative.

This is one of those films where the very solid pieces make a film that makes for a haunting whole. This film for all it's well composed segments feels infinitely more real then say A SEPARATION. This is a film that feel like was made by filming life and the talks in buses, in cabs, or Trains or Hallways  and then having them spilled back at us.

I really liked this film a great deal and I'm looking forward to seeing it again so I can reconnect with some of these people.

The film plays tonight and Sunday. For tickets and more information go to the Film Comment Selects webpage.
Posted by Steve Kopian at February 20, 2015