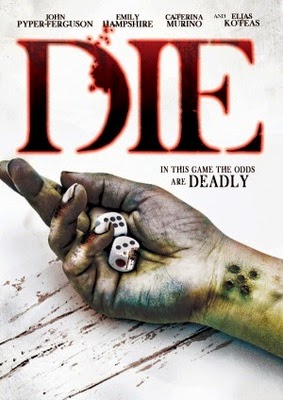 Six people near the end of their rope are kidnapped and taken to a weird under ground facility and forced to play a variation on Russian Roulette that involves a role of  a die with a weird chance at redemption.

Small  scale thriller that seems to be a variation on the Saw films if only in that the film involves people being forced to play a life and death game by a mad man. Assuming you can get past the been there and done that feel of the plot the film is a ctually a pretty good variation on a theme.

That the film works at all is do both the great cast which includes Elias Koteas and Stephen McHattie, as well as director Dominic James who infuses the film with a tension and a visual sense of dread that goes beyond what is in the script.

Is this is a great film? Probably not, but as one of those small scale films destined to fall through the cracks if they aren't pointed out to you this is one to keep an eye out for. Frankly it's perfect for an undemanding evening on the couch.
Posted by Steve Kopian at February 26, 2015