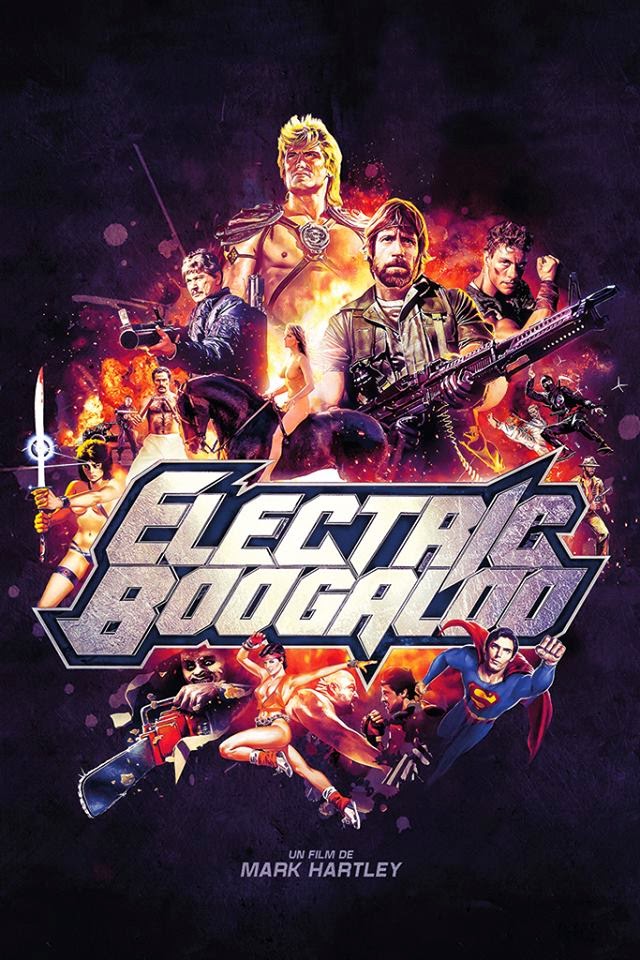 We have producer/director Menahem Golan to thank for it, and ditto his cousin Yoram Globus. Following the success of the breakdancing movie Breakin', Golan, in a fit of inspiration, announced to his fellow Cannon Films employees that they would be making a sequel, and the sequel's title would be Electric Boogaloo.

And so it makes sense that Mark Hartley would title his enjoyable documentary about the rise and fall of Cannon Films Electric Boogaloo. The phrase is one of Cannon's most enduring legacies. Cannon's primary legacy, however, is its output. This was the studio that made some of the finest schlock of the 1980s: the disastrous rock musical The Apple, the TWA hijack revenge-fantasy The Delta Force, Tobe Hooper's unhinged nudie space-vampire epic Lifeforce, the Sylvester Stallone's arm wrestling mega-flop Over the Top, the ultra-violent fun of American Ninja, and the gonzo masterpiece of urban decay and urban warfare Death Wish 3. 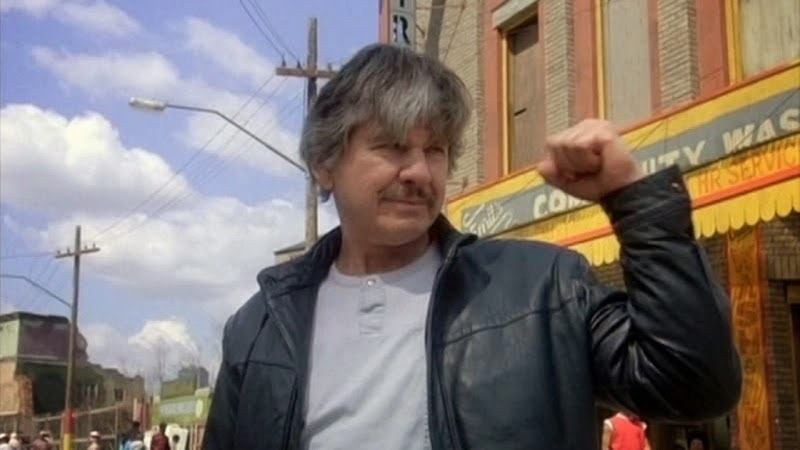 Cannon movies were occasionally oversexed, often cheap and usually derivative, and yet they also embraced a kind of macho Reaganism that was in the air, and so many of their most well-known movies feature reconfigured cowboys (dressed as ninjas, soldiers, Chuck Norris, or Charles Bronson) who dispensed justice with brutal yet righteous certainty. The bad guys were often so bad that they didn't just get shot with guns at close range, but with rocket launchers.

Hartley continues to be the premiere documentarian of cult films and B-movies. His previous documentaries explored Australian exploitation movies (Not Quite Hollywood: The Wild, Untold Story of Ozploitation!) and the schlock made in the Philippines in the 1970s (Machete Maidens Unleashed!). With Electric Boogaloo, Hartley takes a similar approach to his other works, showcasing clips of some of Cannon's greatest hits and flops intercut with the various actors, directors, behind-the-scenes players, and enthusiasts.

At the center of Electric Boogaloo is a focus on Golan and Globus as these larger-than-life personalities. Some of the interviewees characterize the pair as wily hucksters (possibly dangerous ones) who happened to be in the film business. While making a movie in Israel, Golan supposedly threatened to shoot a pilot if he didn't land his plane for a scene. Yet none of the interviewees can deny that Golan and Globus loved of film as a medium. While so much of Cannon is associated with action and sleaze, the company also helped distribute Neil Jordan's In the Company of Wolves, Franco Zeffirelli's Otello, Barbet Schroeder's Barfly, and Godfrey Reggio's Powaqqatsi. The company's dalliances with prestige also led to bizarre failures like Jean-Luc Godard's King Lear and Norman Mailer's Tough Guys Don't Dance. 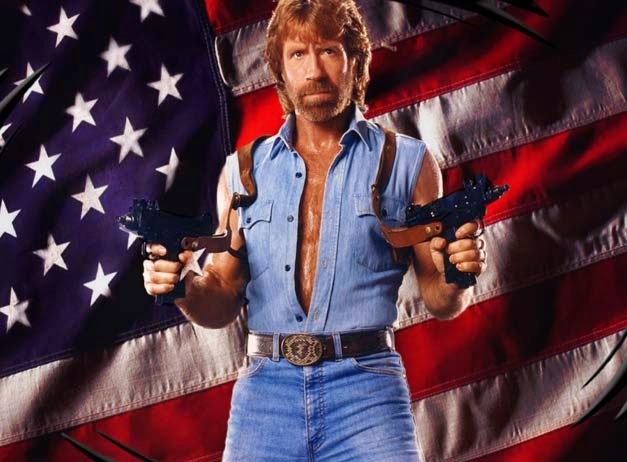 At some points, particularly toward the end, Electric Boogaloo's fondness for Cannon turns into misplaced reverence. Much of it may be due to the dissolution of Cannon and the death of Menahem Golan last November. Tenderness is expected, but there's an odd defensiveness in some of the fondness for Cannon that seems off. In particular, one of the interviewees claims that Cannon made good films but the company was the victim of snobbiness.

It's a major stretch to suggest that Cannon was the victim of high-brow cultural gatekeepers--Superman IV's problems are wholly its own, not the product of elitism--but maybe it's also a sign of the protectiveness people have for Cannon as an idea. The feelings are engendered in part by nostalgia for the company and for the antics of Golan and Globus as personalities, but maybe the love is rooted in Cannon's unabashedness when it came to its excesses. So much stuff these days is awash in ironic detachment as a kind of posture or as a self-defense mechanism, a kind of escape hatch from engaging meaningfully with actual base emotions that make people seem uncool. The classic Cannon movies were a lot of things, but they were rarely ironic (at least intentionally). They embodied the 80s and its big dumb teenage id.

Besides, who has time to be ironic when you've got a city of goons to shoot with missiles?


--------
Electric Boogaloo: The Wild Untold Story of Cannon Films screens tomorrow night (Friday, February 20th) as part of Film Comment Selects 2015. Director Mark Hartley and other special guests will be in attendance for a Q&A. For more information, click here or visit filmlinc.com.
Posted by Hubert at February 19, 2015