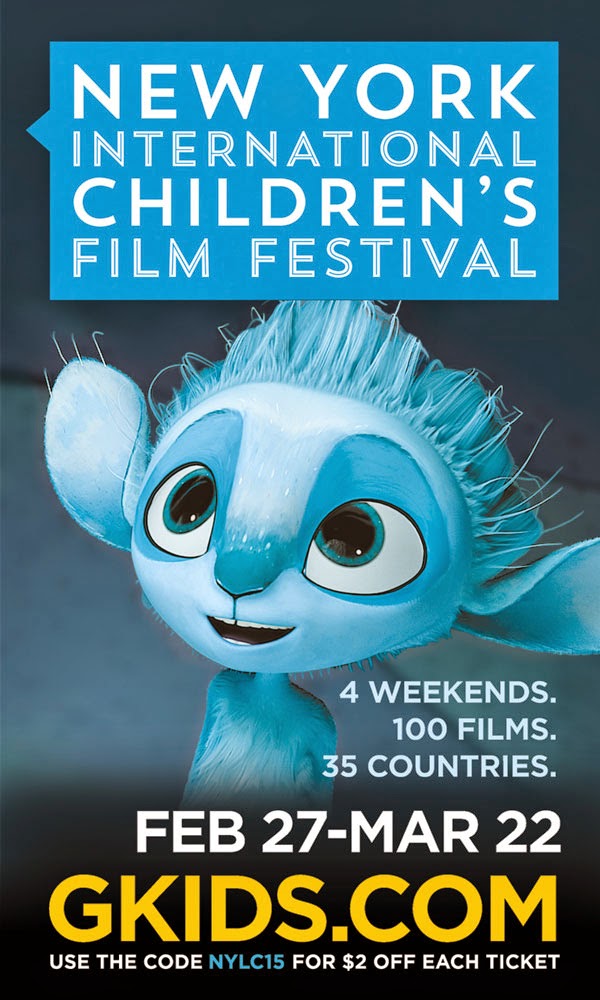 I hope you've bought your tickets because all sorts of stuff has sold out.

If you haven't bought your tickets go here and see if you can scrounge some.

No really go get some tickets and go.

I know at this point I usually go on about how great the festival is and how it shows great films and how it's not for adults...and you know what this is the sixth go round for the Festival at Unseen and unless you haven't been paying attention you know this is one of the best film festivals on the planet and you should be going.

I freaking love this festival and the people who run it.

This year we're going to be seeing pretty much everything. I don't think we're going to make the Tinker Bell movie, and some of the shorts are iffy, but largely we're hitting it all. I mean how could you not with this line up- SHAUN THE SHEEP? oh yes please. WHEN MARNIE WAS THERE-possibly the last Ghibli film? Of course we'll be there.

The Aardman Shorts collection should be a blast. Every couple of years they bring in sampling of shorts of the Aardman studio and it's a blast. I can't comment on what the films are since I don't know the titles I assure you it will be great.

The Wallace and Gromit Shorts are equally a must see. These are the films that really put Aardman on the map. They are crackingly good. They are also the place where Shaun the Sheep comes from. If you've never seen the films or never seen them big you must go see them when they play.

I saw JELLYFISH EYES last year as part of  Fantasia. I was mixed on the films feeling it was geared a little too young. As much as I love director Takashi Murakami's art I loved the creatures, but the story was too juvenile for my tastes. Still if you love Murakami this is a must see. Here's my take from last year.

Back for another go round in the restored version THE KING AND THE MOCKINGBIRD is a must see. Trust me in this repaired version it's truly great. They ran it at the New York FIlm Festival last year and it blew me away.  If you've never seen it or never seen this restred version it should be at the top of your list. Here's my NYFF review.

I've also seen two others which I will review before they run at the festival- BALLET BOYS which follows three guys as they try to make their dreams of dancing ballet a reality (If you love ballet it s a must see) and SECRETS OF WAR about two friends during World War 2 (its a good introduction for kids to the cost of war).

The clock is ticking  so go buy some tickets.

And keep checking back here for lots of reports on the comings and going and films playing because Unseen Films is aiming to cover it all.

Email ThisBlogThis!Share to TwitterShare to FacebookShare to Pinterest
Labels: nyicff 2015