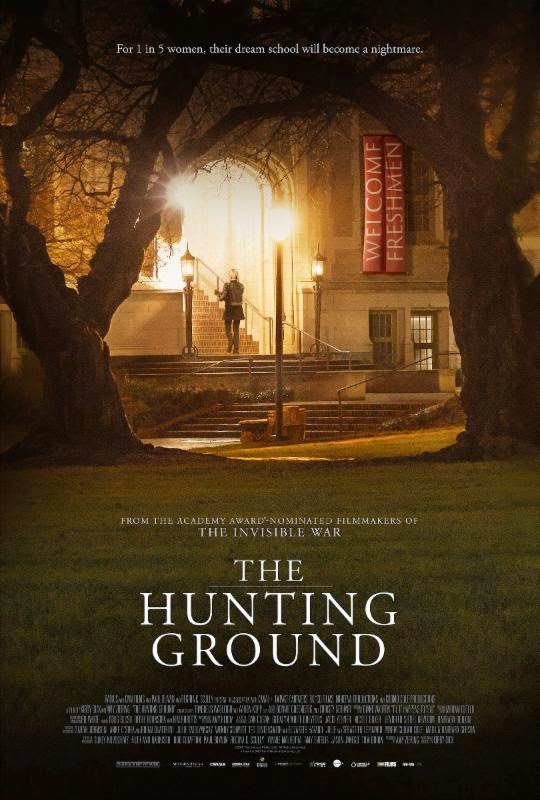 Think about that- one in five young women who are in college are raped.

That's bad enough but consider that all of the administrations don't make it easy to report them  so that 88% of the assaults never get reported. Why is that? Because its bad for the colleges to say anything happens there with the result that according to a 2014 Senate Survey 40% of colleges reported no sexual assaults. WTF?

Kirby Dick and Amy Ziering's damning portrait of how sexual assault  is being ignored by colleges across the country will piss you off. Its a film that will both horrify you that these horrific acts are being allowed to continue and make you completely understand how the fucked up reasoning of  the big institutions allow it to happen. Its all about the money- and they will do anything to protect the money of tuition and the money being brought in by donations and sports programs.

Whats truly frightening about the film is not that the assaults are happening, its that they are happening everywhere and that no one is doing anything about it. Its not isolated it epidemic. And no one with any real power is doing anything. Not school leaders anywhere are really trying to stop it. Its being left to the victims and their friends to try and do something.

Much like Dick and Ziering's earlier THE INVISIBLE WAR, THE HUNTING GROUND is a film that will get under your skin and make you wonder why any parent would let their kids go to any university. As one woman says would you let your kid go to a school where one in five students was going to be shot? You wouldn't, but since the problem is one at every school you can't flee it.

You have to admire the film because it names names of college presidents, of perpetrators (football player Jameis Winston), fraternities  and explains exactly whats wrong and how it has it change-and how the survivors are forcing the change. However even that is tempered when you consider women have been trying to stop this for decades with little effect

The film will leave you angry. I'm beyond pissed off.

While all the people telling their stories and telling of their studies make it clear that the film knows of what it speaks  it becomes too much an avalanche of names and faces and facts and on some level we get over whelmed by something other than the subject. I kind of turned off because on some level I couldn't keep up. Frankly twenty minutes in I knew that one time through was not enough I simply couldn't really process everything being thrown at me. Don't get me wrong I was deeply moved emotionally but intellectually I kind of stepped away knowing I needed two more viewings to properly discuss this film.

That said, this is an important film and a must see-especially for anyone going to college or who has a friend or relative going to college.. The film hits theaters on Friday and you should make some effort to go.

I should also point out that the film was produced by CNN so at some point this film will hit the cable network so we can hope that its in your face revelations will rock the academic community and force changes to stop all of this violence against our children.
Posted by Steve Kopian at February 23, 2015