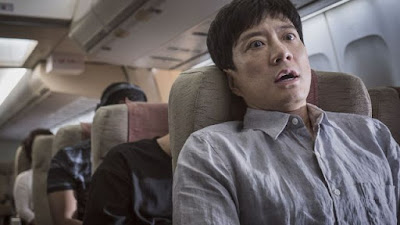 Famous surgeon on his way home to see his daughter stops to help at the scene of a car accident only to discover his daughter is one of the victims. Waking up on a plane from a very real dream he begins to replay his dream over and over again. As it spins out he realizes he has a chance to save his daughter if he can make things go right- but what is right?

A kind of Korean Groundhog Day this film has other things on it’s mind then comedy. An often intriguing look at karma and the difficult struggle to find the right path A DAY is a film that wants to make you think while you are on the edge of your seat. The film is often a high octane thrill ride with some killer set pieces which will keep you watching. (One of the versions of the death the doctors daughter is sickeningly filmed in slow motion.)

While the film is full of moments I’m not sure it pulls it all together in the end with its message taking precedence over a fully satisfying ending. Quibble aside definitely worth seeing