The collection of shorts at this years Japan Cuts are all rather choice.  They are a nicely curated bunch of  films. The problem with the films is that more than many short  films its rather difficult to talk about them as individual film.  The construction of the films makes it nigh impossible to say much about the film without spoiling them. This is particularly true of BIRDS which hinges on a late in the film reveal for full effect.

I liked all of them a great deal and found that WE ARE SHOOTING to be one of the real delights of the entire Japan Cuts series.  If you like shorts this collection is a must, if you aren't sure its definitely worth a shot. 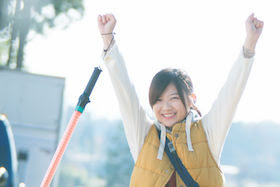 WE ARE SHOOTING
A wickedly funny send up of filmmaking as a production intern runs into all sorts of problems beginning with a stopped car where a woman is giving birth much too loudly. A delight and one of the best films in the whole festival. 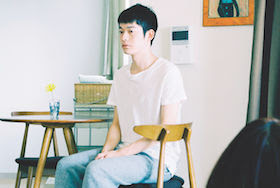 WHITE T AND FEEBLE THINGS
A guy who only wears white t-shirts meets a contract killer in a laundromat. An at times loopy film that I really liked, 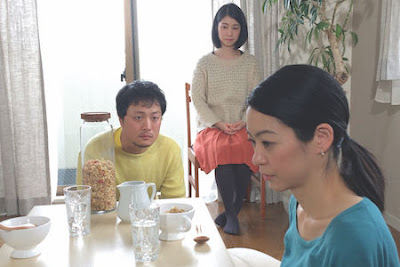 BIRDS
Sting in the tail short has a wife catch her husband with his lover...and I can't say any more because what happens is the film and you'll either love it or go WTF. 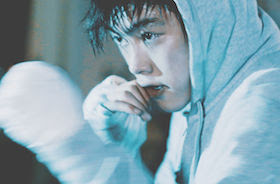 BREATHLESS LOVERS
Best looking of the shorts doesn't seem quite have the emotional impact it should as a young man pushes himself to the limit chasing after his dead boyfriend. Beautifully shot film gets all its haunting power from the images. Worth a look on the big screen.
Posted by Steve Kopian at July 21, 2017