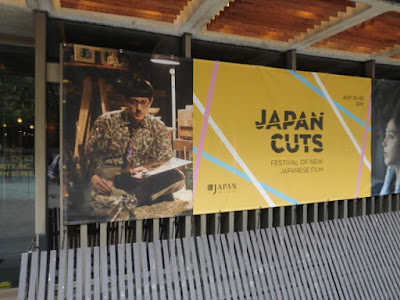 This is a the first part of a two part report on the Japan Cuts Opening Night which had Yoshihiro Nakamura presenting his latest film MUMON. This is going to be a report on the screening and the party which followed (a review of the film can be found here). I am not going to discuss my interview with Mr Nakamura and his lovely wife which happened earlier in the day. A full report on my interview will run in the next couple of days once the transcription is finished. 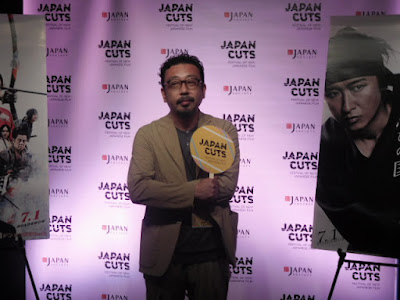 Japan Cuts 2017 began with something I wasn’t sure I would ever see the amazing Yoshihiro Nakamura making an appearance in the Big Apple. That may not sound like anything special but his films have been appearing as highlights at both Japan Cuts and the New York Asian Film Festivals for the last decade and yet neither festival had managed to rest him away  from Japan and bring him here to get the love attention he deserves. When he appeared at Montreal a couple of years back there was a general murmur of "why isn't he coming to New York?" within the ranks of his New York fans.

The sold out screening at the Japan Society was a great deal of fun.

Before the screening I hung out on line talking to several friends who were waiting on line. Everyone on line was excited at the chance to see Nakamura in person. Several people were hoping, like Kristie who had flown in from Texas hoped to get there question answered- which in Kristie's case was vitally important to lovers of Nakamura's films- why can't we actually see his films outside of festivals in the US?

Because of the crush of people and because they wanted everything to go smoothly the Japan Society opened the doors almost an hour early. I stepped off the line because I was waiting for Joe Bendel to join me. Mostly waiting in the lobby, it was about 97 degrees with impossible humidity and a chance for monsoons I talked with the staff and other friends as they arrived. 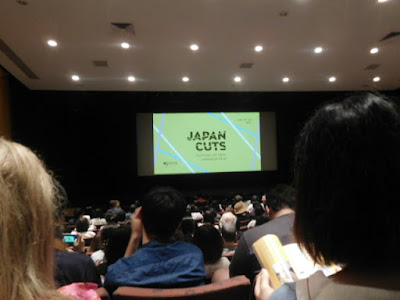 When Joe arrived we headed in and took our seats near the back. 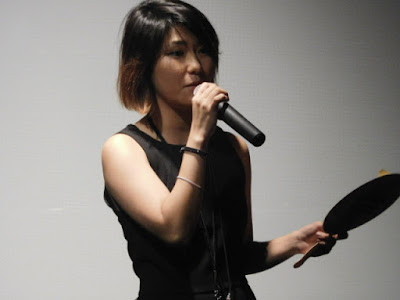 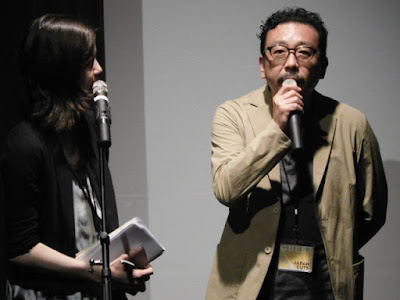 Mr. Nakamura introduced his film with a great deal of warmth and humor. He was utterly charming as he spoke about the humor and pathos In the period ninja film we were about to see. 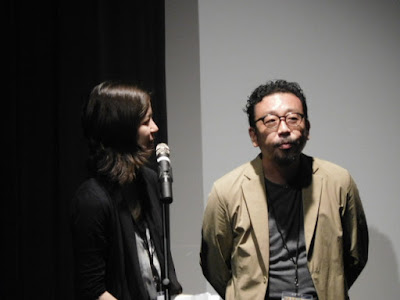 (A review of the film can be found here) 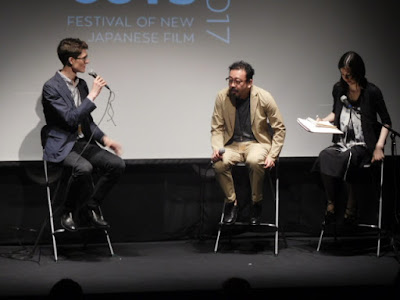 After the film Nakamura did an extended Q&A. God bless the Japan Society for letting everyone get their question which was usually answered with great humor. He expressed his delight at being in New York and having his first T-bone steak. 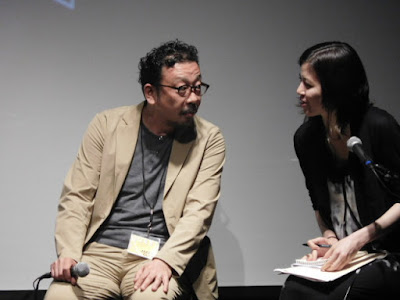 The first question was indeed from Kristie who any regular attendee of Japan Cuts and the New York Asian Film Festival knows. As I said above she is a charming young lady who flies in from Texas every year for both festivals each year. The instant the call for questions  went up her hand went up 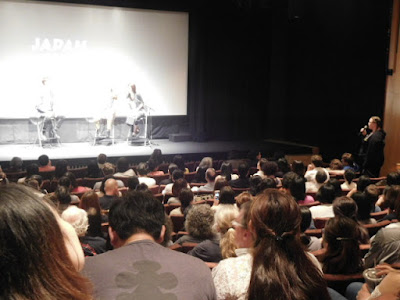 I had spoken to her before the screening and she was dead set on getting her question answered. Her question was of key importance to any fan of Nakamura’s work, which is the simple question of why can’t we get access to his films via DVD or streaming releases? 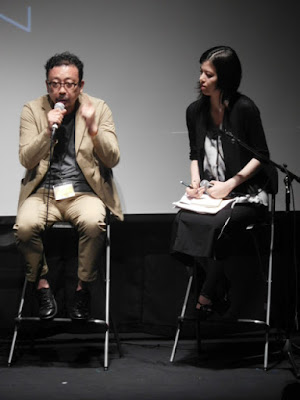 Nakamura sadly had no real answer to the question since he indicated that he didn’t know and that we would have to ask his producers. 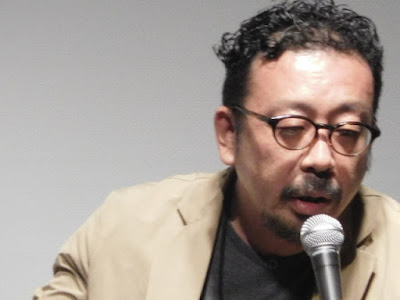 From there the questions came fast and furious as he was asked to relate about the making of Mumon (he said it got so hot at times the salt from the actors stained their black ninja costumes), 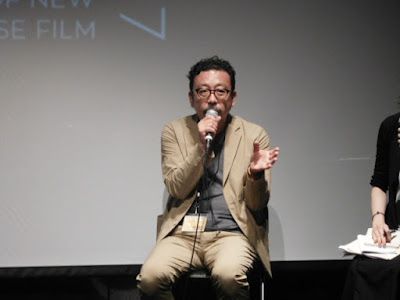 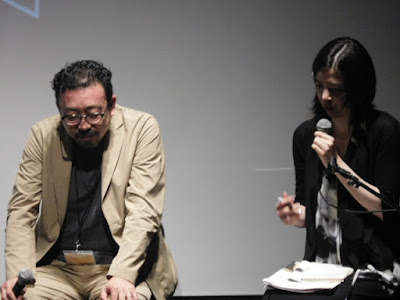 as well as discussing how he chooses his projects- which is anything that moves him. 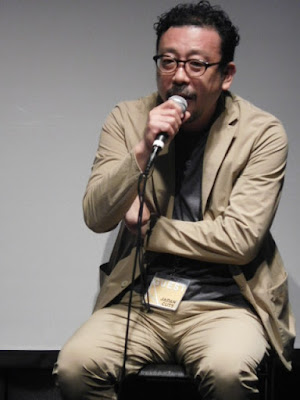 There were a number of questions concerning the star of MUMON Satoshi Ohno,who I was told several people who has gotten on line early thought might appear at the screening as a surprise guest (he didn't). Nakamura said that he was great to work with and that they are discussing other projects to work on together. He added that Ohno was physically up to the role in every way. He said that for the final fight in the film Ohno had about 20 days to prepare for the fight because he was involved in so much of the rest of the film while his opponent had over four months to do so because that was his only action scene. 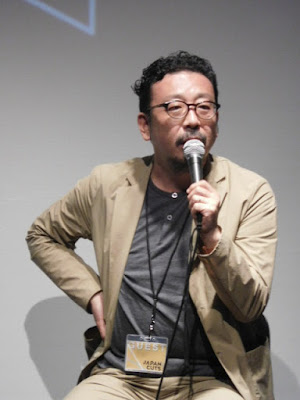 The last question concerned whether he would consider making a film in New York. In referencing the almost 100 degree temperature and unbearable humidity he said no. Adding that if it was in the autumn he would consider it. 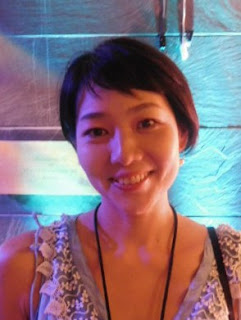 As I was heading out of the theater I was stopped by  Mrs.Nakamura, with whom I has spoken with during the earlier interview.  She asked if I had liked the film. I said I did very much and she then asked if I had spotted her cameo in the film (she and her children had played some of the fleeing families in the film) I had not. As I told her I was much too focused on the central story to look at the details.


As we walked to the party she asked me to talk to her husband about my thoughts on the film I said I would, but by the time we reached the party he was surrounded by fans and press. 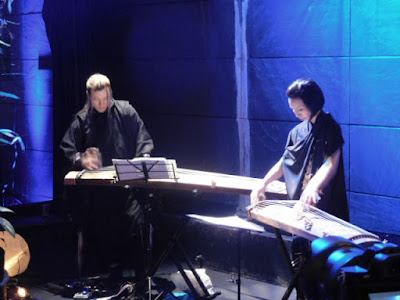 As every one ate and talked the koto duo Tsugumi Yamamoto and Jun Ando played. They were so good that people were standing around their performance space recording them which made getting around difficult. (I have more photos but they are blurry from every jostling each other) 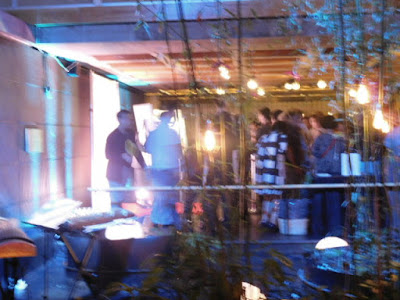 I went into the room with the food and drink with Joe Bendel for a look around. We got food, talked to friends and fans and after a bit we decided to head out so we could catch trains home. I paused to say good bye to Mrs Nakamura. I thanked her for taking the time to speak with me and to get a photo of her alone. 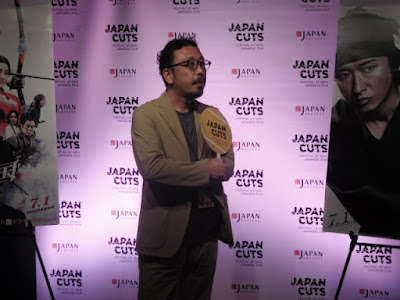