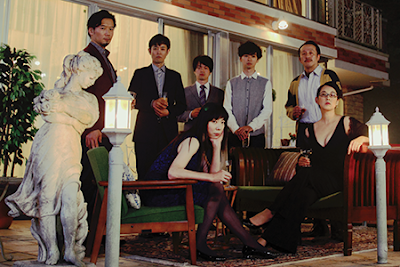 At a fancy dinner party the hostess catches the young man she is interested in lusting after the wife of one of the other guests. Getting an admission out of him about her interest. In her jealosy she then sets in motion a series of alcohol fueled turns involving all her guests who who all wonder when will the party just end so they can go home.

Wickedly funny comedy of manners is the sort of thing that Neil Simon used to do on Broadway and in the movies with stunning regularity, though a little more gentler. This is really more what might have happened if you filtered one of Simon's plays through Luis Bunuel who more than once turned dinner parties upside down.

Tightly plotted twists surprise us at every turn as we watch the various characters get in and out of situations that had they not been drinking, or in a more clearly defined environment (this is an informal gathering and some class lines have blurred) they never would have done. I laughed and smiled even as I was wincing at some of the behavior.

A nice comedy of manners the film suffers one small flaw which is that the film is very much connected to the stage where it began. We never leave the terrace, a fact which wouldn't matter had the film moved around a bit more and not placed the camera so much to make the terrace look like a stage.

Still this is a delightful little gem and is very recommended.
Posted by Steve Kopian at July 15, 2017