Because I can not find the full on reviews that I had done previously I'm doing a bunch of quick capsules until I find the links to the long pieces: 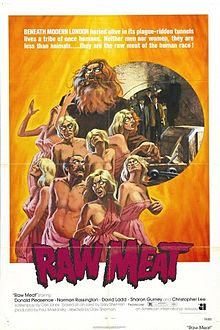 DEATH LINE (aka Raw Meat)
Cult classic film about cannibals living in the tunnels of London. While very good on it's own terms the film is more notable for the subgenre of horror that it spawned that includes films like CREEP, MIDNIGHT MEAT TRAIN and others. If you've never seen it you really should make an effort to d so at Fantasia since the film is infinitely more scary in  the dark and on a big screen then it is on the small one 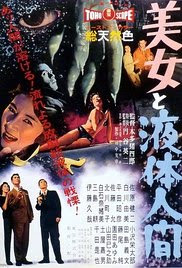 H-MAN
Ishiro Honda's odd ball film about the crew of an irradiated ship which have been turned in to oozing creatures that threaten mankind. Part science fiction tale and part crime drama the film comes from the same tradition that had many of the early giant monster films be something other than a monster movie for most of it's running time. Because the film lacks recognizable monsters most monster fans have never seen it since TV stations never played it. I first ran across the film on the collectors market where I had to see it un-subtitled. A good thriller it isn't like anything you've seen before (except maybe another off beat Japanese thriller) 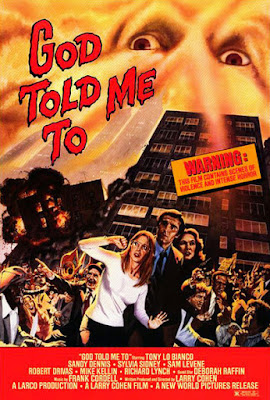 GOD TOLD ME TO
Larry Cohen classic about a cop who investigating a series of unrelated cries where the criminal says that 'God told me to". As he get closer to the truth he finds that he is looking for an answer he doesn't rally want the answer to. Long a staple of the grindhouses and discounted home video bins GOD TOLD ME TO  (aka DEMON) is schlocky horror film that will hang with you more than most better known films. Cohen's film has a real ability to get under your skin and stay there-forever. Its been ages since I've seen the film and still sequences hang in my brain like an unwanted memory.
Highly recommended. 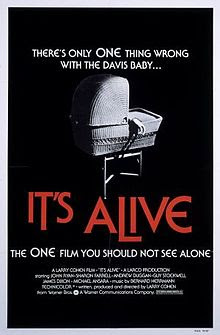 ITS ALIVE
Film that spawned the infamous 70’s ad campaign “There’s only one thing wrong with the Davis Baby- Its’s Alive” which spun out in all sorts of directions for years afterward. Beyond the ad campaign It’s Alive is neat little film about a family in crisis as a mutant child (one of many) has been born to unsuspecting parents who vow to take care of it even as it kills everyone in its path. A creepy little film, in a way its more drama with scares, it spawned sequels, an excellent remake and dozens of riff rip off. If you’ve never seen it you really must because it will stay with you forever. 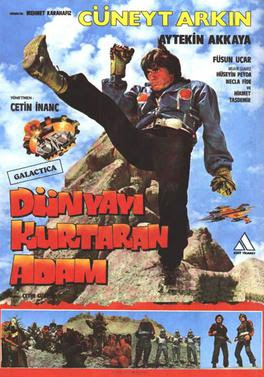 MAN WHO SAVED THE WORLD (Turkish STAR WARS)
Not really a Star Wars rip off but a film inspired by it. A crazy off the wall space adventure that is pure fun. And it stars Cüneyt Arkin which makes it a must 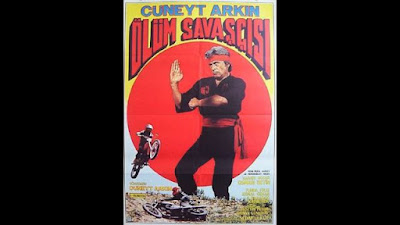 DEATH WARRIOR
Cüneyt Arkin stars in a wild action film where he takes on terrorists. That’s all you need to know. More so if you've never seen the great man in action 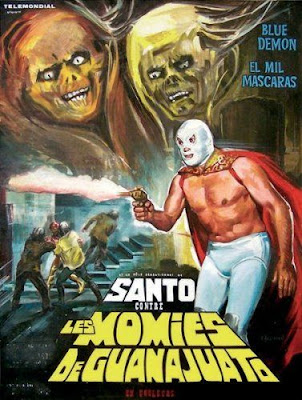 Santo contre les momies de Guanajuato
The title says it all- masked wrestler Santo battles mummies. What more do you need to know. Just get a bucket of popcorn 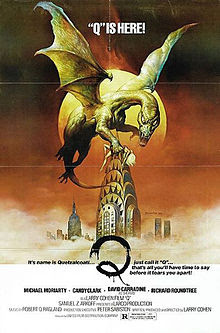 Q
Winged serpent sets up home in the Chrysler building in New York and proceeds to dine. Meanwhile a petty crook discovers the lair and begins to feed his enemies to the monster. A modern edged throw back to 1950’s mayhem is pure joy. A must see.
Posted by Steve Kopian at July 14, 2017