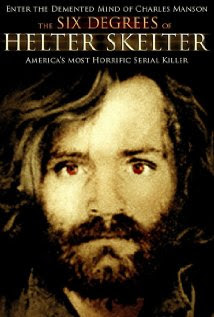 This is ghoulishly wonderful tour of the Tate Lobianco murders given by Scott Michaels a Los Angeles tour guide and historian. On some level it could be considered in questionable taste, on the other hand this film is as you are there as you are ever likely to get short of running around Southern California on your own.

Scott Michaels is a fast talking guy. He is the sort of guy you’d want as your tour guide since he manages not only to tell you the facts (in this case many even serious students of the murders don’t know) but he brings them to life. Here he is helped with things by standing in or near the places where everything went down.

Yes this is the story of the murders committed by Manson and his family, that you’ve seen any number of times, but I doubt that most of you have ever seen the locations where the crimes happened. Okay, in most cases we are outside of them, but at the same time this is the first time you’ll get a real sense of place. Additionally this is probably one of the few times where you’ll get a sense that things didn’t happen in a vacuum since Michaels play the six degrees game connecting up almost all of the places and people to each other and others in ways you never thought possible.

This is a real living history film where a touchstone event becomes more than an abstraction. Case in pointMichaels discusses how places have changed. Looking down on the house that now occupies where the Sharon Tate murder house once stood he explains where the telephone poles were and which of the surrounding houses were there in 1969.

I loved this film a fact that resulted in my staying up until way way past my bed time the first time I watched this.

A must see for crime buffs and for those who want to see the darkside of Hollywood.
Posted by Steve Kopian at December 20, 2012