Neon Gen A Short Review (1995) An Animation on DVD Review

This  was a review I sent in a letter to the editor of Animation on DVD back in 2002 reviewing the entire series in one go. The website always reviewed each disc  as a separate  entity. With Neon Genesis Evangelion I found it impossible. As I said in a letter that went with the review:
I could never hope to write a review of the series on a disc by disc basis once I saw the entire series, complexities of the series building upon each other make it hard not to see them  or discuss them once you get to the end.

I think this was one of the last things I sent in but instead of a yea or nay to the piece I got a letter saying the website was going away.

Before going into the review I want to leave you with a final few lines I sent to the editor:

I think that the problem in writing a review for this series is not giving too much away,one can't really do that, its that its next to impossible to adequately discuss anything in the series with out writing a very long book. That said what follows is I think as close to a short review as I am capable with out going into a lengthy discussion of it all. 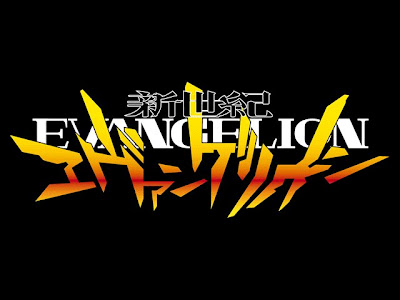 Once you've seen Neon Genesis Evangelion ( Neon Gen) in its entirety its very close to impossible to think of it as anything other than an entity complete unto itself. I don't think that its possible to pull the series apart to do an episode by episode or disc by disc review, since the story is so tightly wound upon itself that any plotting reflects forward and back along the plot line. Thankfully the series has recently been released in a box set containing all eight of the series DVDs so the series can now be safely reviewed with out the nagging sensation that one is cheating .

In the Summer 2002 issue of Anime Invasion , Jonathan Clements, editor of the Anime Encyclopedia ,called Neon Gen 'The greatest anime series no one can understand.' The statement was made, I'm sure, facetiously, however owing to the series' complexity, it is a telling statement since a great many people walk away from the 26 episodes wondering what they had just witnessed. Having seen the entire series and plumbed the depths of its mysteries I can honestly say that your reaction to the series will not be based upon how much you understand but rather how much you like having all of the answers given to you. If you need all of your questions answered for you in neat little packages then run far away from this show ,since the answers are not forth coming unless you are willing to search them out. This is a show with a lot, perhaps too much even, on its mind and it shows.

But before I get side tracked, as one will inevitably when talking about what's going on it would be best to try to describe what the show is about, at least on the surface.

On the face of it Neon Gen is about young Shinji Ikari, son of the head of a mysterious organization called NERV. Shinji has long been estranged from his father so much so that their relationship has deteriorated to
several steps below dysfunctional. These are two people who can not communicate under the best of circumstances. As the series opens Shinji has been summoned by his father to join him at NERV headquarters. It seems that the giant beings, called angels, which have been periodically appearing on earth in order to wipe out its population are now stepping up the frequency of their attacks. NERV hopes to strike back at the angels by using giant robots called Evangelions or Evas, however there is no one to pilot the Eva since their one pilot, Rei has been injured. Shinji is the last ditch hope of the world. Shinji of course takes up
the gauntlet and becomes a pilot .He is joined by Rei and Texan Auska Langley in his battle to fend off mankind's impending doom.

Sounds rather like a typical giant robot anime series doesn't it? Its not even remotely typical since everything is wrapped in mystical trappings that have been pulled from the Dead Sea Scrolls, Gnosticism, the Cabala, and just about every other Judeo Christian myth or legend you can think of, not to mention any other myth or legend you can come up with. As the series steps closer towards it conclusion you very easily begin to believe that perhaps this is an assault by God on his creation by which he means to wipe out his past mistake. And just in case you think that even that is something you've seen before, the story changes gears after 24 episodes and then becomes an a low budget talk-fest for the final two episodes. The change completely confused the majority of those who had been watching. All across Japan and the world people are left scratching their heads at a series that is both fish and fowl, both action adventure and religious allegory. 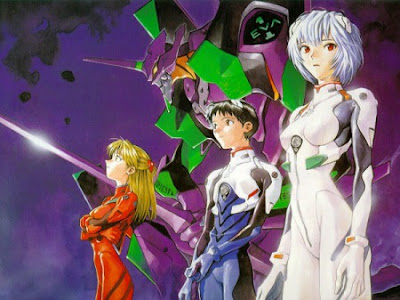 Created by Gainax Studios, and director Hideki Anno in particular, Neon Gen has more convoluted plotting then the X-Files managed to pull together in its entire run. Somewhere about half way into the series, about the time that the viewer is hopelessly hooked , the series shifts from an excellent giant robot tale into something else, as revelations about what is going on begin to be revealed, and then changed, and then changed again and again. Its like falling into Alice's rabbit hole with no bottom (really, there is no bottom as the show will haunt you for days) No one is who they seem and everything has a secondary meaning before even the religious allegory is added into the mix. Shinji's father is not only part of NERV but a shadow organization, and he's got other affiliations going on down the line. Everyone with the exception of Shinji seems to be connected to some one else. There always seems to be another layer hidden just behind the one you are looking at.

And for the most part its absolutely wonderful. This is a series who's complexity engages you on many different levels Not only is there is grand action to tickle the little kid in you, there is also thought
provoking ideas that puzzle the adult.Its this combination that make Neon Gen a hell of a ride.

Technically the series is above average. The animation , while for the most part of the typical TV anime variety, works well in getting across the size and scale of the events that are transpiring .It creates a world where angels and robots are possible and it adds to the strangeness of the interrogation that ends the series by altering out perceptions of what is going on. (The types of animation changes at times from shot to shot) But the real standout here is the design which takes well known religious iconography and twists it into other worldly nightmares. The image of the crucified angel in NERV's basement is a perfectly chilling monster closet that will quietly unsettle anyone who cares to see the implications in it. The designs of the Evas are at first normal machines and then slowly they become frightening ,as they seem to become less technological and more feral, more demonic in there characteristics (has mankind made a deal with the devil to stop the
angels?)

The real test for anyone of whether they are going to love or hate the series is whether or not they accept the series' rampant mysticism and new age like musings. This is especially true once the show's action effectively ends in episode 24 only to be replaced by talk in episodes 25 and 26. Can you accept a series that ends with a discussion of the ideas after 24 episodes of action?

Personally, when I watched the series for the first time I had no trouble buying any of it. I do have to say that I did watch the last ten or so episodes in one sitting using the DVD remote to jump past all of the openings, closings and previews so it all blended nicely into one long movie with out any real break or distraction. (this is a wonderful way to really get into the series- if you can afford the time)

However when I went back and started to look at the later episodes, especially the final two, on an episode by episode basis I lost all patience for the musings and felt that the vast majority of them were a load of crap. I think that the problem is that removed from the very real, very cohesive internal world of Neon Gen , the ideas, mystical pronouncements and hidden messages tend to collapse in the daylight.One of the things that the series gets unquestionably right is its world creation, it perfectly simulates a world where everything we see is possible and believable, even if its not so believable in our world.With that in mind I have to say that I personally think that the final pronouncements that end the tale are either a joke, or aren't as clever as the creators they think . This isn't to say the series is bad, its not, I just think that the series is being taken much more seriously than it really should. I really do like the series, I just question a series that so confused its viewers with its ending that the makers felt it was necessary to release not one, but two movies in order to clarify its ending.( Not having seen the movies I'm not certain if they clarify or confuse matters. I'm going to have to wait for their release on DVD to determine what their role is in the understanding of the Neon Gen
universe.)

For the record the English dub is fine and at times it was preferred to the subtitles since I found I could grasp some of what was happening with less distraction by listening rather than reading.

Neon Genesis Evangelion is not your typical anime show. While nominally about robot jocks beating the hell out of invaders from space the show is also an examination of various ideas that are not normally part of
an animated TV program. While its form as an adventure show may make the show appealing to many people , its the audience's acceptance of the show's dabbling what some would term 'heavy' ideas in a gear shifting way that will determine whether one likes, loves or loathes the series as a whole. Personally I like the series and recommend it . 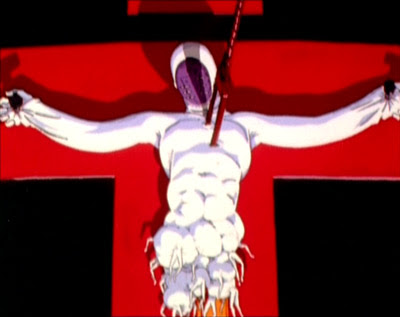