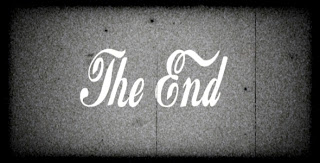 Just over a week ago I put in a DVD that was marked Castle of Doom. I had no idea what the film was, it was something I got from Sinister Cinema, and since I keep most of my DVDs in CD books I didn’t have the shelve to clue me in what sort of film it was. It turned out to be a faded , scratchy and well-worn English language print of Dreyer’s Vampr. Watching it in this less than pristine way I found myself falling under its spell in a way I had never done before (actually it creeped me out). There was something about sitting in a darkened room seeing the worn print that made the nightmare like film even more dream like.

Watching the film I realized how in this day of constant restorations and HD transfers how the worn generations duped prints add so much to the black and white mystery and horror films. Yea I know the purists out there will wig out at the thought but there is something about seeing a film set on a dark and stormy night that actually looks dark and stormy.

I know the question about restoring the classics and the semi or never classics has always posed a problem. If one remembers the first DVD restoration of Citizen Kane they restored it so well that they removed so much grain that the image looked unworldly. Say what you will about the digital formats, there is something about film. Film is film, it scratches, breaks, colors shift, images fade and frames burn. It is in its way a living breathing animal who’s subtle and imperceptible changes with each pass through the film gate makes the film slightly different for each audience that see the print. Video tape is similar as the magnetic signal is slightly altered and worn as it passes over the heads of the player. That isn’t the case with DVD and other digital media, the image is always the same, there is no change just eternal sameness.

In a weird way the ever changing image either on film or VHS or Beta tape films, kind of made films stronger since they became about the story and the characters, since at some point the image could be so degraded that’s all you had to go on- shadows of the characters telling you a story.

I fell in love with James Whale’s Old Dark House when I saw it on a near black VHS copy. The print was so dark that the characters seemed to be ghosts drifting through a darkened room or lightless void. The amount of mood in the dark and stormy night that opens the film in that print was enormous. It really was a night in a rain storm in the country where you really couldn’t see that far in front of you. Seeing it restored on DVD I felt like I was seeing a completely different film, with so much extra detail…

My friend Lou tells the story of seeing some of the restored Rathbone and Bruce Sherlock Holmes films. Growing up watching them on TV the films were always dark and mysterious. When they cleaned them up all of the darkness was gone and instead you had people in normally lit rooms going through their paces. In his eyes the mood was wrecked and the tension was lessened.

When I go see a classic film in a theater I always get excited when the film is a bit worn and bit scratchy. I always wonder where the film had been. How many people had seen it? I ponder how old the print was and what sort of theaters it had traveled to…it's like seeing some one's well loved toy...

...and then once the opening credits end I drift off into the film and the world it creates.

I’ve heard that we dream in black and white. I guess that’s why very often black and white films stick so firmly in the mind, the mimic the dream state, and I suspect that the darkened prints bring it closer to dream…and movies always were dreams we have while we're awake.

As time goes on and things become all digital and pristine the faded prints and warped video images are fading.. the thought of seeing the old prints and wonder how many times it took to get those scratches are fading as well. Some day it will all be perfect prints... how terribly sad that will be...it will be like seeing a child's room full perfect toys and never being able to see which is the most loved and most treasured because they are all perfect and pristine... some day the faded prints will be just a memory to be treasured by the happy few who remember when movies truly lived and breathed and were alive.

This week at Unseen looks to be a quiet one with pretty much only reviews of some animated films (including my take on From up on Poppy Hill on Tuesday) in the cue. I’m also going to try and get up a  preview post of the Tribeca Film festival based on the released film list and perhaps something special...
The following week things are in flux since what I planned to have, a solid week of pre New Directors New Films posts went sideways thanks to the snow storm on Friday (I'm guessing that the week will be a mix of New Directors and Pam Grier) I have some additional NDNF tickets so reviews will happen as the screenings do. Actually after this week look for things to be guess your best as I begin to shift my loosely planned weeks all around.

(And thanks to ALL and Randi for the links)
Posted by Steve Kopian at March 10, 2013