Last Friday I spent most of the day sitting in the darkness watching Pam Grier kick ass and take names in three of her classic action films from the 1970's.  How strange it was to be sitting in Lincoln Center watching films that four decades earlier would have been playing 23 blocks south on 42nd Street. I doubt very highly that back in 1973 that either Pam Grier thought she's be honored with a retrospective of her work, nor would Lincoln Center have imagined it would have been holding one. 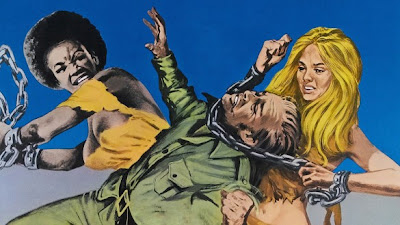 BLACK MAMA WHITE MAMA (1973)
Eddie Romero directed women in prison film is, as is often said, a female version of the Defiant Ones set in the jungle. the plot has white revolutionary revolutionary Karen Brent chained to black gangster's girl Lee Daniels in a jungle prison. Brent needs to get out so she can get her friends some guns, while Daniels needs to get out to get the money she stole from her "boyfriend" so she can leave the country. When an attempt to break the pair out goes wrong, the girls do get away but they are chained together with police the police and the bad guys after them.

Sleazy grindhouse fair plays more like it was an early film in the jungle prison film cycle rather than the last one (at least as far as Grier was concerned). An ever escalating film that goes from prison film, to escape drama to road comedy (the girls end up dressed as nuns), to buddy film, to straight on action film with a teary ending. Its a low budget B movie that gives it's audience exactly what it came for, T&A and lots of violence. 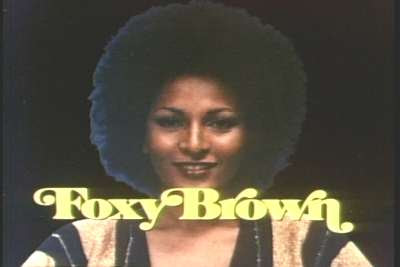 FOXY BROWN (1974)
The film which gave the Lincoln Center series its name, has Grier as Foxy looking to get revenge on Miss Katherine and Steve after they kill her boyfriend a government agent who had tried and failed to bring the pair down (they bribed the grand jury).

Solid grindhouse action film is best taken on it's own terms. Yes, I love the film, but the film is so silly at times, it drifts into camp (Katherine's lustful glances), that it's clear that everyone was in on the joke.  Silliness or not the film is a violent sexy film where Grier asserts herself as a no nonsense, take no prisoners kind of woman. Its a performance and a role that very much helped put Grier into the pantheon of iconic actresses. (Think about it, if Grier had walked away from acting after her run of 1970's exploitation films we'd still be talking about her today simply because she changed how women were perceived)

Its a minor classic. 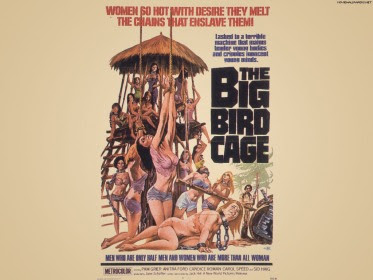 Let me try and explain this simply- an actress (Anitra Ford) is tossed in prison after being carried off by revolutionaries Sid Haig and Pam Grier. While in prison Ford suffers torture and humiliation while trying to talk her way out. Meanwhile figuring the best way to spread the revolution would be to get some women involved, Sid and Pam set in motion to break out the prisoners. While the warden goes crazy an escape is planned.

This is a silly film.  It starts over the top and just keeps going with weird twist upon sleazy twist upon WTF were they thinking twist. It's violent and "sexy" (well it has naked chicks) and just aims for the lowest common denominator...and yet it some how manages to rise above it all and turn into something gloriously loopy.

Seeing the film projected for the first time (They used Jack Hill's personal print which is a longer than release version) was a blast. This was the film where I first noticed Pam Grier (I'm guessing it was a re-release which promoted her being in it) so it was nice to finally get to see the movie my parents wouldn't let me see in the movies in the movies (I have seen the film several times on TV, cable and DVD).

Its a minor classic film that rightly helped Grier become the person she is today.

After the film Pam Grier came out and did a brief Q&A. It was supposed to be longer but they didn't take into account the longer running time. Chocko recorded it and part one is here and part two is here.
Posted by Steve Kopian at March 19, 2013