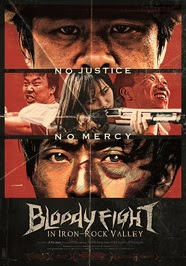 One of the best films of 2012 is playing for Free Tuesday night in Tribeca. Yes Bloody Fight in Iron Rock Valley is playing as part of the Korean Cultural Service free series and it’s an absolute must see. Easily one of the best westerns of the last 25 years (yes I know the film is set in modern day Korea) this is a film that you’ll want to schlep down to Tribeca to see.

How good is it?

Mondocurry and myself  posted pieces on it which can be found here(mondo)  and here (me). Anyone we know who has seen the film has been blown away by it.