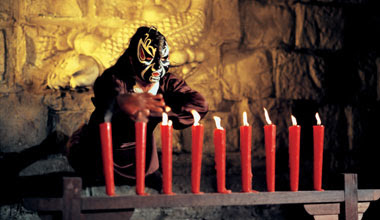 A dying Kung Fu master sends out his last student in order to track down what happened to the previous five students who were members of the banned Poison Clan. He is to see if they are acting for good and if not he his to stop them The master also wants the student to find another member of the clan who ran off with the clans money which the master wants used for good. The earlier students were all taught in a different style snake, centipede, scorpion, lizard, toad, while the last student was taught a little in each style. All of the students end up in one town looking for the old man with all of the money,and soon everyone is battling to get the money.

Classic martial arts film has a title that even many non-fans know. I've spoken with a couple of casual fans and this seems to be the one film, along with Five Fingers of Death, that sticks in their head. Its a very good movie, though I'm not really sure why this film stays with people when for my money there are other films that are better from the Shaw studio (One Armed Swordsman or the Brave Archer series for example).

This isn't to sell the film short, its not, since the film is structured like a mystery, our hero has no clue who anyone is and the Venoms themselves only know at best who two of the others is. We're given the identity of four but we still have to work out who the fifth really is. The film is also odd in that for a martial arts film, other than a training sequence at the start and the killing of the old man and his family for the money, there is really no action for about 40 or 45 minutes. Its a bold move to do it but it pays off since the plot and the performances hold your attention. (The film is also odd in that its the first martial arts film I think I've ever seen where there are no women. I don't think one has a speaking role and I'm pretty sure that none appear in the background. Its indicative of nothing, its just something that struck me.)

This is a good solid little film that may not live up to the reputation it has in some circles, but is still a really good film to curl up with on your couch. 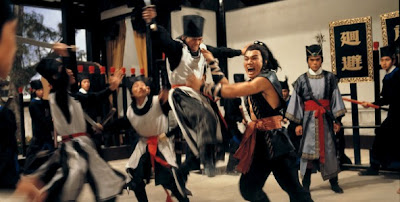