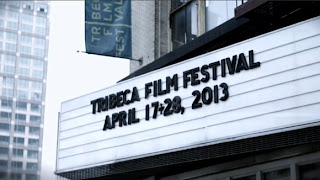 Though the calendar says that things don't start for almost three more weeks for much of the world, on Thursday night the Tribeca Film Festival started for myself and other writers when we attended the first of the pre-festival press screenings. For me the nightly mad dash for movies has already yielded 6 of the 8 films that they’ve run. I’m not really supposed to say anything yet, but I think this is going to be an interesting year (with two of the films in early contention for my best of year list)…Actually if you want to catch teasers and hints and off the cuff reports you may want to follow the Unseen crew on Twitter:

You probably also should make note of the Unseen Tumblr account since I’ll be posting pictures from the road once things start up and there are things to photograph.

Because of scheduling both of the festoval and of our handy reporters the coverage may not be as expansive as last year where we did over 100 features and short films.  This year it looks to be about 20 films less than that, then again one never knows how things will change do to mood and such.

Lest you think that things are going to be all Tribeca, not to fear there are three other festivals that will be getting the Unseen treatment at the same, first off will be reviewing all of the films at Kino! New Films from Germany at MOMA, We'll be taking in some of Subway Cinema’s Old School Kung Fu at Anthology Archives and finally I've got some reviews of some of the films at Hot Docs in Toronto. The result is going to be an April that is back loaded with way too many films…too many good films at least as far as those festivals are concerned.

Things are getting so crazy that if you see someone walking around twitching and mumbling I'm Elmer J Fudd Millionaire I own a mansion and a yacht, it’s probably me.

Keep reading we’ll be posting from the road…

(Apropos of nothing- It’s been joked about a couple of times about over the last few weeks that I can write on anything, well I now know this isn’t the case. I recently saw a film, set to world premiere in a few weeks and it stopped me in my tracks. I can’t say what the film is until it premieres but I actually told the PR people that I couldn’t in good conscious write anything on the film since not only didn’t the subject not mean anything to me the film seemed to be little more than a collection of home movie scraps. I’ll reveal the title after Tribeca- and for the record its not at Tribeca)

(For those wondering this week will be a selection of random films, a weekend of both Solaris films , then a week of Japanese films  before a weekend of the MOMA German films and then Tribeca in all its massive glitzy glory)
Posted by Steve Kopian at April 01, 2013