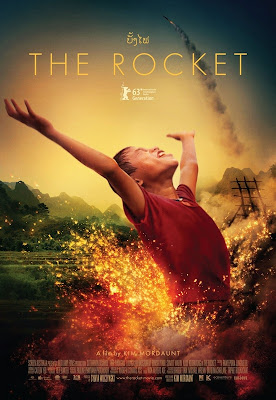 Wonderful small gem of a film is exactly what I wanted to highlight when I started Unseen Films three years ago. This is a good little film that I'm guessing you won't see unless you go to Tribeca, which is a shame since it's definitely not deserving of the oblivion I fear it's destined to disappear into. And when I say the film is going to disappear I'm not implying that there is anything seriously wrong with the film, rather I'm not sure that an Australian film set in Laos and filmed in the local language is likely to be burning it up at the local multiplex. This is one of those films destined, if we don't do something, to fall into the cracks.

This is the story of Ahlo, a boy of about ten who was never supposed to be alive. In his tribe twins are a sign of bad luck, and he was born a twin. His grandmother insists that Ahlo be killed before the bad luck comes, however his mother convinces his grandmother that since Ahlo's brother died in the womb he really isn't a twin. Ten years on the grandmother still eyes the boy with suspicion, especially when things go from tolerable to worse as the family is relocated for a dam project. Misfortune follows tragedy follows more misfortune as everything goes wrong as what was promised isn't delivered with the relocation and the family are made scapegoats. On the run and looking for new home, and with a young girl and her James Brown look-a like Uncle Purple in tow, they head off for paradise, which Purple insists is his old home town.. It all comes down to a rocket festival in the village.

While the film starts off a little bit slow, it over comes any flaws instantly simply with the strength of the characters. The ensemble cast manages to create a sense of family and reality that goes way beyond the script. From the opening scene where we meet Ahlo’s mom in mid-delivery, we know who she is, we can see her life in her face. Later on when we see her smile we realize that she is the mom we all should have had. The grandmother is a bitch on wheels, and yet weirdly lovable, and you can't help but smile when we see her at the end of the film. The kids playing Ahlo and his friend Kia are completely charming and make you feel both their joy and pain. These are real kids Of course one can’t help but notice Uncle Purple, a man lost in drink, who is taking care of Kia, as best he can even as he is aping James Brown.

Actually Purple’s character is a grand example about what is right about the film, namely it keeps things very real. Yes the film is full of a kind of magical realism and it is a movie, but at the same time it feels real. Many people are mercenary, the country and its people are still haunted by the war from decades earlier. I like that no one makes a change that is completely out of character. Uncle Purple does not stop drinking, the ghosts do not go away, the demons never leave.. for him or anyone else and we are better for it.

While I was unsure of the film at the start, by the time the film had ended the characters had won me over. I was ready to start the journey all over again (I will track this down on DVD).

To me this is one of the must see films at Tribeca- not because you’re going to find it the best film of the year, rather, you’ll find it one of the truly special films of the year with characters who move you, and because if you don’t make the effort to see it it now you may never get another chance. This is one of those great off the main road films that have to be championed and praised and pointed out lest they be lost. 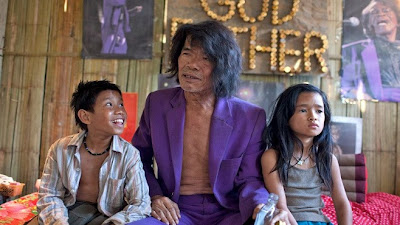