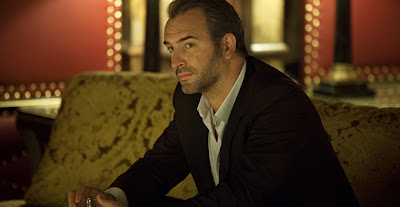 Jean Dujardin Oscar winning actor for the Artist follows that film up with a needlessly messy hopelessly convoluted spy film(sort of) that is one of the big head scratchers of Tribeca. What is this doing at this festival?

The plot of the film has a beautiful young woman named Alice ,played by Cecile De France, who helped bring about the recent economic down turn working in Europe for a brokerage house owned by a rich Russian played by Tim Roth.  The Russians, who may or may not be working with other people (it's not clear) want to use Alice to get the goods on Roth. The team is headed by a brooding Dujardin. What exactly happens after that point is open to conjecture as Dujardin ends up in Alice's bed as Tim Roth and his head of security ponder if they can trust her... and oh yea the CIA is somehow involved.

At first too technical to follow and and after that too confused to follow this is a film with some good performances, no fully formed characters and only one sequence that's exciting (though the phone scene where DUjardin fakes out his colleagues is a cinematic gem). At no point did I care about anyone . Roth is a cypher, Dujardin is brooding  and as for De France, she fakes orgasms real well. (And don't get me started on the films portrait of Americans) That's not much to go on and the end is result it's largely pretty pictures and little else. (I have to mention everyone is referred to with code names-all masculine with no explanation. For a good long while it seemed like the film was badly subtitled but it's not. I'm guessing no one considered that this was ever going to read subtitles)

On the plus side the score is excellent.

While the film is much less hideous than I'm making it out to be by the time everything plays out and you realize what the film is about you'll probably be like me and care even less.

I saw this for free at a press screening and couldn't help but feel I over paid.