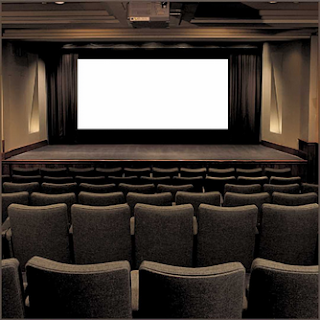 With Tribeca starting tomorrow I thought I’d throw out a list of films that we at Unseen Films have screened so far to date. Reviews of all of the films will be coming over the next 17 days, as will reviews for everything new we are seeing. I would give you the dates of when the reviews will appear except that as this posts I'm still moving things around.

The Rocket
Byzantium
VHS 2
Before Midnight
Red Obsession
Alias Ruby Blade (Peter and myself have seen this)
Lil Bub and Friendz
Michael H :Profession Director
Bending Steel (Look for coverage from both Mondo and myself)
Big Joy
Whitewash (More double coverage from Mondo and me)
Kill Team
Big Bad Wolves (Expect multiple reviews)
Let the Fires Burn (Mondo and myself will do the honors)
Before Snowfall (Peter and myself have seen the film)
Will You Still Love Me Tomorrow?
Powerless
Okadaka (Look for reports from both myself and Mondo)
Mobius
Dark Touch (There will be multiple reviews and links to more- yea its that sort of a movie)
Hide Your Smiling Faces (expect a couple of reviews)
Run and Jump
Just a Sigh
Oxyana (Multiple reviews are coming)
Prince Avalanche
Aanataki The Arctic Cowboys (First filmed screened and it will get multiple reviews from Mondo and me)
Harmony Lessons (Expect differing takes from Mondo and myself)
Fresh Meat (Mondo has seen this and will be reporting in soon)
Broken Circle Breakdown
Flex Is Kings

And that's just the start of things. Talking to John and Mondocurry it looks like we'll be hitting over 40 additional titles so please keep checking back for tons more reviews. We'll be posting reports on films and happenins several times a day starting tomorrow. I'm also going to link to any review or bit of coverage for anyone associated with Unseen so this is going to be the place to get your fill of Tribeca info.

To access all our coverage simply follow the TRIBECA 2013 link in the sidebar or at the bottom of any review.

And follow us on Twitter since you'll get real time reports.
Posted by Steve Kopian at April 16, 2013