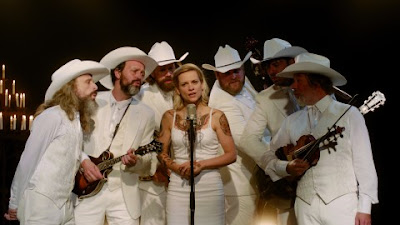 Bring a box of tissues, maybe two or three to share with the people around you.

This is possibly one of the best films at Tribeca this year, but to be perfectly honest I don't want to go back to the place the film takes us to, it's too sad.

The story Dieder and Elise. He's a bluegrass muscian, she's a tattoo artist. They meet fall in love and have a daughter together. The film follows the course of their relationship, but focuses on what happens when their daughter gets cancer.

Oh it's even sadder than that.

Told out of order this film is a beautifully acted tale that will beat you upside the head and the heart like nobodies business. Sitting in the press screening before Tribeca I sat amazed as many of the people around me were audibly sobbing. I turned and looked and saw that even most of those not crying had tears running down their cheeks (and no I will not rat anyone out).

The one upbeat thing in the film is the music.Wonderful classic bluegrass and country songs are used to move the plot along or bludgeon us into mush. The use of The Lion Sleeps Tonight is utterly one of the most joyous moments all year. Mostly the music is the sort of thing that makes us feel good and hopeful but there are times where it's used for the opposite effect. The Emmylou Harris Don Williams song If I Needed You is used to crushing effect in the later part of the film. The final moments of the film is a wickedly bitter sweet musical moment that had me torn between smiling and crying my eyes out.

Not to put too fine a point on it thisis a brilliant film- I just would rather never see it again  for how it kicks you to the curb.  Give me the soundtrack instead. 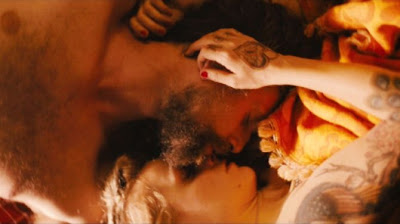