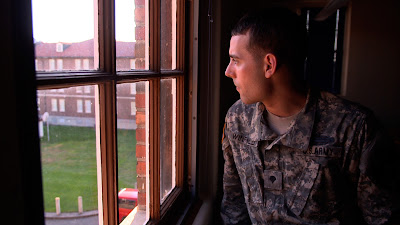 The story of Adam Winfield who found out that his fellow soldiers had formed a kill team to kill random people in Afghanistan and tried to do something about it, only to be threatened by the men involved and eventually put on trial for murder.

Good look at what happens when you train men to fight and kill and then instead tell them they have to help the people they view as the enemy. A disheartening look at how the military can allow something like this to happen and then twist it to their own end (They told Winfield and his family that he was not in trouble and then arrested him)

I like this film but I don't love it (my lack of discussion is a clear indication of that). The short comings of the film are partly the fault of how the story is told,  since it takes a while to be able to put the pieces together of what and who and when; and are partly the result of not being able to speak to some of the participants. The ultimate villain Sargent Gibbs, is decidedly absent, as is anyone representing the army. The absence of some voices, while understandable make the film a bit less than it should be.

This is not to say that the film is bad,only to say that what should have been a truly great film is instead just good. Definitely worth seeing, but I don't know if you need to rush out to see this at the festival.
Posted by Steve Kopian at April 21, 2013