For those not going to Tribeca this year there is plenty of other things going on in New York. Subway Cinema is running their Old School Festival  starting Friday and The Museum of Modern Art is running their annual look at new German cinema called Kino. Despite being swamped with pre-festival screenings for Tribeca (reviews start Monday) I had the chance to take in all six films that are being run in the Kino series.

Because of time constraints on my part I've written up all of the films in two posts with each covering three films. All of  the films deserve more than the short pieces that I have been able to give them, and in all fairness I may down the road give the films larger reviews. For now though I'm going to give you quick looks at three films today and three tomorrow. 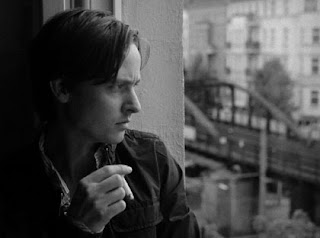 OH BOY
One of the more lovely looking black and white films of recent years, this is a film that you'll want to see on the big screen simply for the look of the film. My reaction when the film started was simply to  murmur Oh My.

The film follows Nike Fischer, a nice guy who's action and inaction has set him on a course that forces him to look at all of the errors of his ways. Told in a frequently humorous, but not cruel way we watch how in rapid succession is dumped by his girlfriend, is denied his driver's license (after one too many drunk driving arrests), has to content with not having money to buy coffee, and is brought face to face with a girl from his past who he tormented when they were in school and she was fat. There's more  but Oh Boy is right.

A wonderful small scale film this is a film that I wasn't expecting to like and turned me into a fan. Its film that cleverly makes us examine our own lives again and again as we watch Nike forced to look back over his. This is one of those films that makes you wonder why it is that so many other independent producers can't do something similar or this good. This is the sort of film so many people try to make but fail to achieve. Definitely worth putting on your list of films to see. 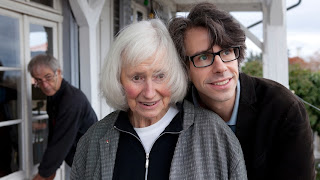 FORGET ME NOT
David Sieveking's striking look at his mother, her Alzheimer's and how her family reacts and cares for her.

I'm joking, but you probably know as well I do that there is a nasty glut of films on similar themes out and about now, hell there are similar films at Tribeca, and for the most part what the world needs now is not another film on the subject unless the film is really good and brings something else to the table...Forget Me Not is really good and brings a complexity that other films lack to the table.

I'm not going to say much but there was a moment where what I thought was going to be a typical film turned, it was the moment when Sieveking is told that what he thought was his parents life was not their lives at all, or rather it was but that there was a complexity that he never expected to encounter. For example he didn't know that his parents had an open marriage... Further bumps occur which make this worth seeing, even if you don't like these sort of films (I don't).

Surprisingly I was shocked to find that the film isn't a maudlin affair. While there is some sadness, and perhaps a tear, there is a weird sense of hope.

I love to have my expectations confounded in a good way and Forget Me Not did just that. If you're going to see one film on a similar subject, see this one. 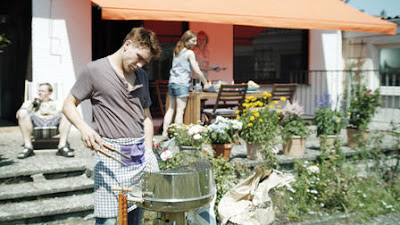 FREE FALL
To me this is probably the most disappointing film in the entire series, which is odd since this is the big opening night film. While it is better than some of the other films (see Revenants which I'm reviewing tomorrow) it's in it's way the least adventurous, and most cliched of the bunch.

The plot of the film has a young police officer in training, with a wife and baby of the way falling in love with one of his male co-workers. Handled expertly the film stalled for me because there was much of the film that I could plot ahead on. The film stalled for me when I found that if the pair hadn't been two men the film probably wouldn't have gotten any notice. To the fact it involved two men shouldn't have mattered it should have been about the characters and for me that wasn't the case. Yes I do understand that a story such as this is a big to do as far as the main stream, but gay cinema has been doing similar things for years but with a bit more real emotion behind it.

I should state that by no means is it a bad film and it is worth seeing. On the other hand it's just nowhere near as special as it thinks it is.
Posted by Steve Kopian at April 13, 2013