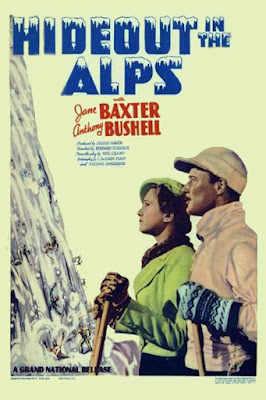 It took me a couple of tries to get more than five or ten minutes into the film, however once I got past the 15 minute mark the film grabbed me and held me all the way to the end...

The film opens when a forger leaves prison and returns home. Vowing to go on the straight and narrow he finds that his skills are in demand. He turns down the offer to return to his old life, however he soons finds himself back in the thick of things when he discovers his nephew is mixed up with a ring of counterfeiters

This is a super little crime thriller that bounces nicely all over the Europe. Its the right mix of crime, romance, adventure and humor. Its one of those films that kind of has something for everyone. And as I said at the top once it sets the table it just goes. This is the sort of film they would never do now, I mean no one would believe it, but seeing it now is just a blast and a half.

This is an absolute first rate and under seen gem of a film.
Posted by Steve Kopian at June 19, 2015