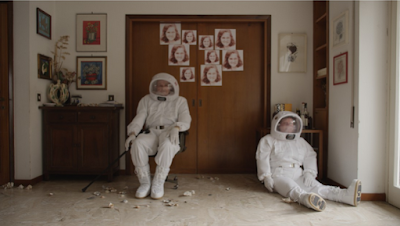 N-CAPACE is part documentary, part fiction film part meditation. It’s a gorgeous film that takes a variety of styles and puts them together into a glorious whole. This film is one of the most amazing films I've seen in 2015

I wanted to write a three word review of this film that read "Beautiful Strange Surreal" but then I realized I would need "Wondrous" as well. I seriously toyed with the idea of running that as a review but I realized that if I did it you’d have no idea what this film was so I decided to write a few more words. 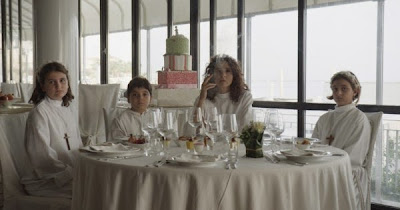 The film is a trip between Terracina and Rome over the course of which director Eleonora Dance interviews various people, both old and young , and asks them about life and their parents. The people act out portions of their lives and scenes concocted by the director. Sometimes they are, sometimes they wear masks of their younger selves, in one case they wear space suits. People sing and dance. The director also interviews her father and they talk about her mother and other
It sounds strange and it is. But it’s also amazingly magical. Somewhere somehow Dance has found the very beating heart of life and put it on the screen. I was enraptured from almost the first frame. Somehow I went from looking at the screen quizzically with my head cocked to staring straight on and murmuring “this is so cool”.

I don’t know if the film will work for everyone but it worked for me. I loved this film a great deal.

What dis I want to say? Beautiful Strange Surreal, and of course wondrous.

The film Plays Friday and Next Wednesday at Lincoln Center. For more information go to the film's festival page 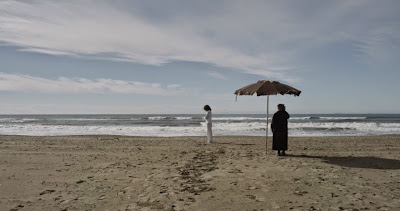