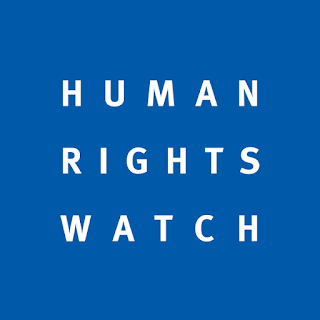 The Human Rights Watch Film Festival opens this Thursday and all is good with film going in New York.

If it hasn’t been made clear over the last five years of coverage of the festival, this is one of the coolest and best festivals of the year. Show casing films that focus on human rights issues the festival always manages to reveal any number of real gems. Not only do the films make you think they manage to also make you feel- not only rage and anger but also hope because among the reports on the bad events there are always reports on people who are trying to make a difference (this year the Yes Men in THE YES MEN ARE REVOLTING or Sara Najafi in NO LANDS SONG), while I like the reports on the bad, I much prefer the good since the films tend to make me feel good all day long.

This year our coverage is going to max out at eight or nine films. As things stand I we already reviewed three films at Tribeca (see below for links) and I have five more reviews set to go starting tomorrow. I highly recommend NO LAND’S SONG, YES MEN ARE REVOLTING and WANTED 18. (I’ve seen a two other films which I will try to write up if I can find a couple of minutes)

Here are  the films that we've seen and reviewed previously, all of which you should see:

And as always we close with Randi's links

On Wim Wenders photography (in German)
Rick Baker retires and the movies get less fun
Mad Max behind the scenes
The Rubin Museum's Cabaret Cinema series makes me want to stay out late
Pirate Radio
Michael Palin's Zen
The not safe for work Trailer for BELLADONNA OF SADNESS which is at Japan Cuts
An interesting take on must see anime movies
#clickbait books
Picture Palace Primates
Posted by Steve Kopian at June 07, 2015