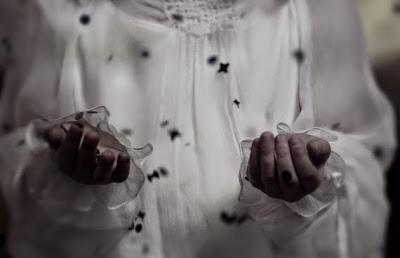 THE LACK will either thrill you or leave you wondering what the point of it all is. Nominally its six women in four stories about absence or the lack of something. I don’t know that it adds up to very much.

One of the more beautiful film I’ve seen in 2015, the film is more art work than art film. This is the sort of film that would be great in a museum or gallery but a bit tedious in in a theater. Yes the visuals are truly amazing on a big screen, but the infusion of the narratives distract from them. Instead of just watching pretty eye candy you have these stories that just seem obtuse as if a perfume commercial suddenly bulked up to feature length.

(And please don’t ask me what any of the narratives are, I don’t know. The first one about a woman and her lover had me disconnected from the film so I don’t really remember anything after that other than there is a ferry, and later pictures are scattered in water while we hear English narration. Theres more I know but I didn’t care)

If you like form or eye candy over substance give this a look, but otherwise, wait for this to show up in a gallery where you can walk in and out of it at will.
Posted by Steve Kopian at June 03, 2015