Before I get to the capsule reviews I do want to say that you really do want to see the two SOLOMON'S PERJURY films. Yes they are long, and yes you have to see them split over two days, but they are worth it. Mondo is going to do a review soon. 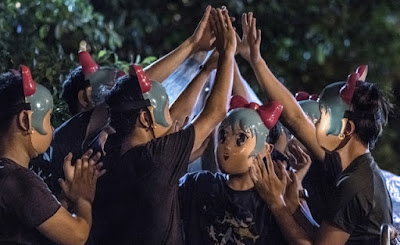 MEETING DR SUN
Slice of teen life in Taiwan meets caper film as a group of teens desperate to pay their school fees decide the easiest thing to do is steal a seemingly discarded statue of Dr Sun Yat Sen. How ever complications arise as bullies, life and another student with the same idea comes crawling around.

Good little time passer has a good cast, a great piano score and more than a handful of amusing moments. While I don't think this film will win any awards I had a great time in the dark watching it. Say what you will getting a chance to see a small gem of a film like this is what NYAFF does best. If they hadn't screened it I never would have seen.

Is it worth your time? Most definitely, but if you're like me when it done you'll want something else as this fades from your mind. (this got lost with the the other films I saw that day hence the short review)

The Film runs Tuesday the 30th at Lincoln Center 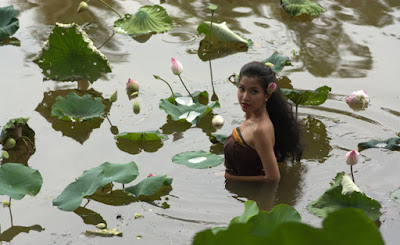 LAST REEL
Young woman decides to finish a film started decades before. Along the way she reconnects with her family and with life.

A film I admire more than I like, though the later part of the film does pack a punch. Consider this a salvo in the rebirth of the Cambodian film industry. It's very much a call to filmmakers to wake up and tell stories again after the Khmer Rogue devastated the country and it's film industry (See GOLDEN SLUMBER).

This is a good film but to be honest if NYAFF wasn't committed to showcasing films from all of Asia and from Cambodia I don't know if this would have been screened in the US.

Don't get me wrong it's not a bad film, it's just nothing special outside of it's connection to Cambodian film. The problem for me is that the film is very formulaic, bad girl, who isn't really bad, makes good once she has something to care about. We've been here before any number of times, it's just the setting that's new.

While I appreciate that NYAFF has run the film it's destined to fade from my memory sooner than later. 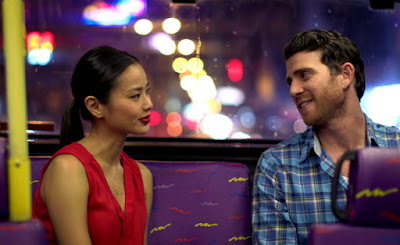 ITS ALREADY TOMORROW IN HONG KONG
Girl from LA meets young man from New York when she gets lost in Hong Kong to find her friends. He offers to take er where she needs to go. A year later they meet again...

English language romance in the style of the BEFORE series. Its charming fluff. that runs around 75 minutes. It has charming leads, an okay script and a wonderful sense of Hong Kong. Beyond that I don't have a clue. Its a good time killer that you'll forget the instant the next movie starts. 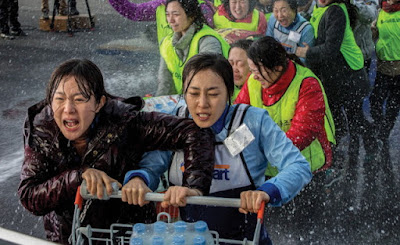 CART
Very good and moving film based on a true story of a group of women who decided to take on a Walmart like store and unionize and how the owners fought back by sending thugs and riot police after them, Its a hard hitting story that should be seen as a warning to anyone working today for a private corporation since something like this could very well happen to you.