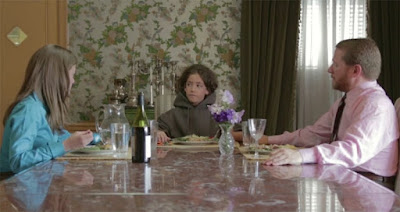 Approaching his 12th birthday Mikey has a difficult conversation with his parents about whether to be Catholic or Jewish.

Screamingly funny comedy about the petty battles about having to choose the right religion. Perfectly written and expertly acted this is gem of a film that damn near had me falling out of my chair from laughing so hard.

Having dated people of other religions the conversation is dead on...only funnier-trust me.