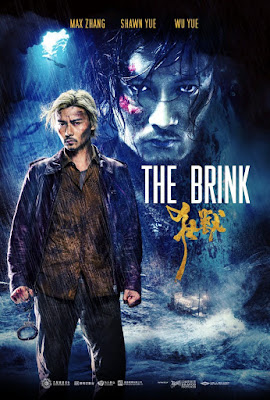 The plot is unimportant in this ever building series of action set pieces. People fight, cars crash, people scuba dive and it all climaxes on a small ship in a big storm. The action is mind blowing and will make your jaw hang open. In all seriousness the action set pieces are some of the best from the last decade...

...the problem is there are no real characters and the plot seems to be an after thought with the result there is nothing to hang anything on. I watched the film twice because I thought I missed something- nope I got it all. Moving at a breakneck pace the forward motion of everything drives the film forward and keeps us interested. However the lack of plot never full engages us.

Don't get me wrong, I like the film. But the action sequences are so good that I should be loving this instead of liking it.

Reservations aside THE BRINK is a must for any action film lover when it plays Fantasia again tomorrow.
Posted by Steve Kopian at July 30, 2018