Steve on KAKEKOMI and MEN ON THE DRAGON NYAFF2018 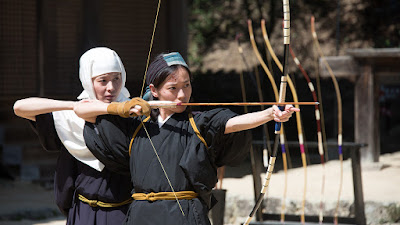 KAKEKOMI
Three women seeking a divorce flee to a temple where they will complete two years of religious service and thus be granted their divorce. Love, friendship and danger results. Grand epic tale is great looking and well-acted but over long. Running an unwieldy two hours and twenty five minutes the film is a little too much concerned with being arty as opposed to simply telling the story. There is a good a good tale here, and it is one hell of death to the patriarchy story, but there is a bit too much arty angles and need to be making a point. I’m guessing this is one of NYAFF’s concessions to the art house crowd who fund the Film Society. While I like the film, I really wish that had picked up the pace. Regardless worth a look. 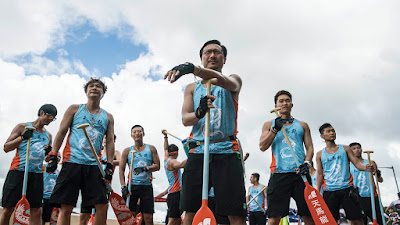 MEN ON THE DRAGON
As their company downsizes four men join their company's dragon boat team in order to preserve their jobs.  Male bonding, mirth and drama result. Good but completely unremarkable comedy hits pretty much every cliche you can imagine with a few new wrinkles, but not enough to make it stand out. While completely enjoyable  it's very little beyond that and will fade from your memory as soon as it's over.
Posted by Steve Kopian at July 14, 2018