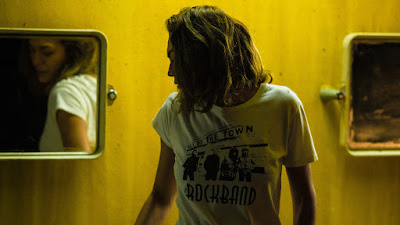 With virtually no women directors in mainstream Thai cinema, the indie and festival circuits have become the sole refuges for their few female filmmakers. Consider actress Bongkod Bencharongkul's second directorial feature SAD BEAUTY--an alternatively pensive and energetic, life-affirming and heart-breaking examination of female friendship. Originally rejected by major studios and facing considerable blowback from producers who wanted it to be a straightforward thriller, the film underwent a tumultuous six-year production cycle necessitating the replacement of the entire production team three times. The film has gathered some minor attention in festivals outside its native Thailand, and its North American debut here at NYAFF allows new audiences to witness this fascinating if inconsistent kaleidoscope that represents a crucially underrepresented facet of Southeast Asian cinema.

It centers on the relationship between Yo (Florence Faivre) and Pim (Pakkawadee Pengsuwan), two co-dependent, diametrically opposite best friends. Tall, beautiful, spoiled, and half-European, Yo is an irresponsible, self-centered fashion model; short, plain, haggard, and pure Thai, Pim doesn't seem to have much of a life outside of taking care of Yo. Though they obviously care for each other, their relationship is clearly toxic: Pim sees Yo as a kind of perfect, angelic being (Yo even catches her admiring her body while taking a shower together); Yo sees Pim as perhaps the one person in her life she can fully control (Yo gets jealous and pissy when someone hits on Pim when they go clubbing together). But their complex relationship is strained to the breaking point following two terrible tragedies in Pim's life. First, she gets diagnosed with eye cancer. Second, they accidentally kill Pim's abusive stepfather with a butcher's knife when he attacks them in a drunken stupor. With the stepfather's body in their trunk, the two go on the lam, both from the police and from their insurmountable personal responsibilities.

The film drifts between hazy drug-phantasms as the two take ecstasy in clubs and smoke weed on the road and starkly, uncomfortably sober moments of dread and tension as they seek someone to help them dispose of the stepfather's body. Eventually it slowly veers towards tragedy in the last act as Yo's inherent selfishness eclipses her capacity to reciprocate Pim's affections. These different tones and techniques don't quite mesh, but they don't not not mesh, either--one gets the sense that the film is a deliberate stylistic collage mimicking the emotional and psychological traumas suffered by its characters. But these formal fireworks occasionally distract from the true heart of the film--the touching, troubling friendship between two doomed women. It is in the quiet moments of silence and washing and driving that Sad Beauty springs to life. 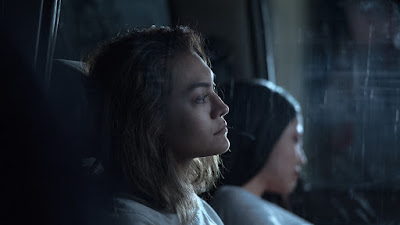