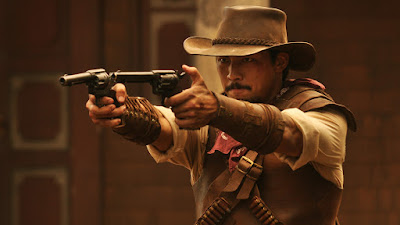 Whatever the intention of the individual filmmakers, the Western genre has always been one about the triumph of colonialism. Despite the genre's preoccupations with justice, personal honor, and rugged individualism, America's westward expansion necessitated the displacement of native peoples and the exploitation of immigrant populations, usually at the point of a gun. It's a bloody, brutal history sanitized through literal decades of whitewashing and cultural sanitization. But it's because of all this that Mike Wiluan's Buffalo Boys is such an odd and exciting surprise—an Indonesian Western that borrows wholesale the visual trappings and thematic touchstones of John Ford, Sergio Leone, and Sam Peckinpah to tell a defiant story of gory colonial revolt. 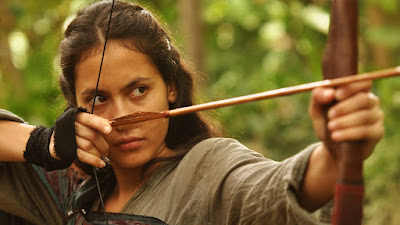 Set in 1860, the film follows two gun-slinging brothers—Jamar (Ario Bayu) and Suwo (Yoshi Sudarso)—as they return to their ancestral homeland after growing up in the wilds of California to avenge their father, an Indonesian sultan murdered by a cruel Dutch overseer named Van Trach (Reinout Bussemaker). Traveling with their elderly uncle Arana (Tio Pakusadewo), they embark on a perilous quest taking them through a countryside ravaged by Dutch exploitation: of families massacred for growing food crops instead of opium; of company-branded children; of roaming bands of criminals allowed to rape and pillage in exchange for keeping Van Trach's peace; of barely pubescent girls forced into sex slavery. Van Trach's right-hand man, a pitiless "half-breed" enforcer with a silver six-shooter and superhuman aim, even feels like a direct nod to the stoic and silent gunslingers of Clint Eastwood and Franco Nero.

The majority of the film takes place in a Dutch settlement ripped straight from Poverty Row, complete with a swinging-door saloon with a tack piano and petticoated prostitutes. But Wiluan never loses his ultimate focus: the brothers have arrived to enact brutal, apocalyptic revenge on murderous imperialists. 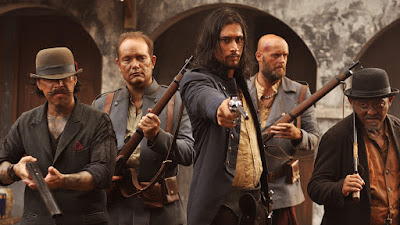 The film's overly long second act is an emotional endurance test for audiences as Wiluan graphically details every imaginable horror inflicted upon native Indonesians, complete with scenes of whipping and rape lifted wholesale from American slave narratives. But these sequences are also an endurance test for the audience's patience. Both brothers spend a good 15-20 minutes of screen-time watching said atrocities take place no more than 10 feet away from them while in disguise, leaving the audience wanting to scream "Do something!" in their stunned, stupid faces. There are times where their impotent inaction seems less like appropriate character responses than poor screenwriting designed to prolong Wiluan's indulgent torture-porn. But when the action kicks back in it does so with a fury. 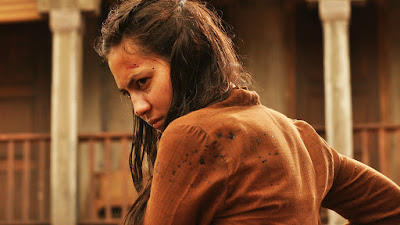 The last third is a superb rollercoaster of expertly shot and choreographed shootouts, fistfights, and open warfare. All complaints about the plodding second act go right out the window at the sight of two Indonesian cowboys riding water buffalo into an enemy encampment as an Ennio Morricone electric guitar twangs in the background.

BUFFALO BOYS World Premiered at Fantasia July 14th. It played  NYAFF July 15th. It will premiere in Indonesia Thursday July 19th and go in general release in it's home country the next day.

It should also be noted that the film has spawned a sequel series which will play on HBO Asia in the fall and HBO everywhere before year's end. 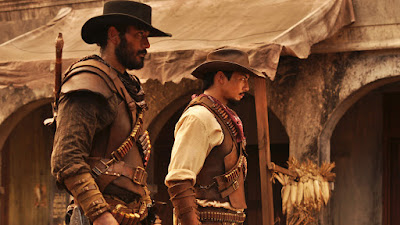