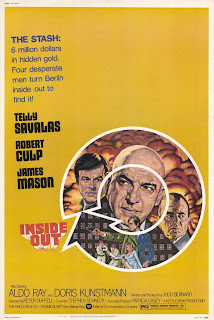 Enjoyable but wholly unremarkable caper film that stands out solely because of the cast headed by Telly Savalas, Robert Culp and James Mason.

The plot has down on his luck Savalas contacted by James Mason, the commandant at his POW camp during WW2. Mason has recently been told that a cache of Nazi gold is possibly still hidden somewhere in Germany. Savalas decides to help Mason and they recruit Robert Culp to help them. There is of course a twist, the man who knows where the gold is is locked away forever in prison for being one of the Nazi High Command. If they want to find out where it is they have to get him out.

Yes this is another one of the ever growing crime caper sub-genre films of break into prison to get the guy who knows out. As these things go it's as cliched as they come. This one hits all the plot points from disguises to one guy taking the prisoners place to convincing the prisoner it's 30 years earlier. Its not bad, but it does hit all of the typical points a tad too hard.

In it's favor the film does have a nice twist in that once they discover where the gold is they have to then go get it, which is in East Germany.

Absolutely unremarkable and forgettable the film is still an enjoyable little romp of the nostalgic kind. Honestly had I not had memories of seeing this film when I was growing up back when it aired on Cinemax and HBO I never would consider seeing it again, but it has a place in my childhood memories.

Doesn't that mean you shouldn't see it? Hell no, its a fine little film that's worth a bowl of popcorn and a soda. Its just one that you might not want to revisit. 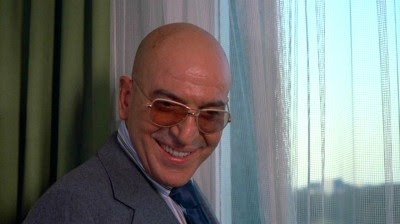