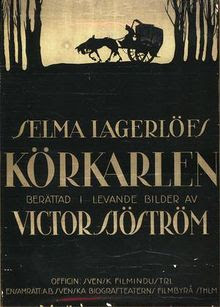 The Phantom Carriage has been hailed as the greatest film ever made by some people. I wouldn’t go that far, however I would say that it is a creepy story about redemption.

The film is the story of Sister Edit. Dying of consumption she pleads to see David Holm before she goes. She wants very much to put things right. Reprobate Holm, wants nothing to do with her. Then through circumstance, he’s informed that he’s going to take the place of the driver for death. What transpires after that is a night that is straight out of Dickens and proves that Scrooge had it easy.

Released on New Year’s Day 1921 the release was delayed because of the long post production period that created the effective ghostly effects. Despite being made of 90 years ago the effects still look amazing. The ghost scenes are genuinely scary. Never mind that we know how they are done they are extremely effective and create a sense of beings dwelling between worlds. Who needs computers?

I can't stress this enough, this is a creepy little film that shows very clearly the damage we can leave in our wake. The film is very much a potboiler of a sort but it still has a huge kick in the pants. By the final fade out comes you will be moved.

The film was a big influence on Ingmar Bergman who obviously cribbed how he shot many scenes and stole shots outright. Bergman’s steals are pointed out in a short documentary that is a bonus on the Criterion DVD.

Also on the DVD is a choice of soundtracks. One is a an “orchestral” score by  Matti Bye  that is a bit more lively than the second, a moody dirge like score by the duo KTL. I like them both and I find that when I watch the film I bounce between the two scores depending on the scene.

For me one of the joys of the film is seeing a classic of world cinema and finding out that it lives up to it’s reputation. This is a fine fine film. Is it as deep and meaningful as some hold it out to be, I don’t know, maybe not since I find it a tad soapy, but at the same time its grand tale that gets under your skin and moves you to feel something.

Definitely worth chasing down or catching on TCM when it runs now and again. 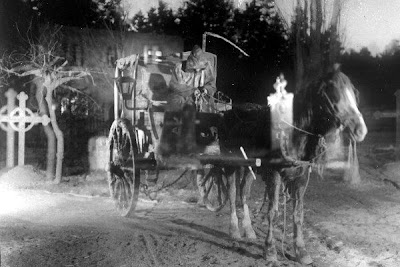