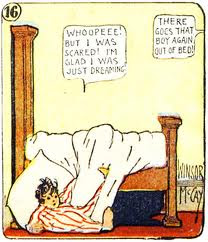 It’s with mixed feelings I’m going to be stopping these weekly Nightcap posts. They were a nice idea when I started them, but I’m backing off because I’m throwing things up just to fill space, and that wasn’t my intention. I’m going to post when I have something to say and not just prattle on. I know much of the talk has been on upcoming film festivals and that’s going to be taken over by a weekly upcoming events posts. The last of the planned weekly posts will run right before the New York Film festival

Speaking of The New York Film Festival, earlier this week John and I were notified that we got press credentials so we’re getting ready to wade into the insanity once more. As I write this we’re trying to work out what the grand plan is going to be. I know we’ll be running some pieces on some of the older titles that are playing the week before the festival starts. After that we’ll be reporting on films from both the press screening and the public ones. I have no idea how many we’ll actually get to since the festival this year is so big that there simply isn’t enough time to even begin to see it all (I’m telling you right now we probably will have almost no coverage of the filmmaker documentary series which would require one person just for that; nor will there be coverage of the Convergence sidebar which conflicts with personal commitments).  If you want to know how big it is consider  I’m working on recruiting special correspondents to help with the coverage.

As of right now John, Peter and myself will be in and out of press screenings, Mondocurry, Mr C and Chocko will be in the public screenings and as I said, there are a few potential special guests (depending upon how much arm twisting I have to do).

What are we going to see? That’s still being decided so keep reading, but I think it's something on the order of too much but I'm guessing you'll be getting the skinny on over 40 films that are screening.

One other small bit of news, you probably haven’t noticed it but I’ve begun the slow change of the look of Unseen. First up has been the sidebar,which has been reorganized somewhat. More buttons and more things will be coming. There is also going to be other changes coming so keep watching this space.

That's it for this week

And now some links

Robert DeNiro is turning his Good Shepherd into a TV series

A Plaque for Graham Chapman

How hot are the NYC subways?

This week coming up are a few Criterion titles. The week after is some recent things I saw.
Posted by Steve Kopian at September 09, 2012