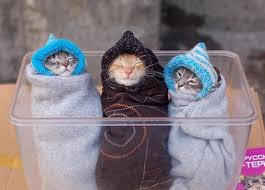 Labor day weekend and I'm not up to doing anything deep and meaningful.  Some updates in authorship were in the works but I'm too lazy to follow through. Instead some quick check ins with some recent films, links and random comments.

Before I get to films, I've found the passwords for the Unseen Films Tumblr page, and I've started to noodle with it.

It was down for about 14 months so most of you have no idea it existed. It was reposting what went up here at Unseen, but then the feed crashed and neither Randi nor myself got back to it. Anyway I found the passwords and it's active again.

I'm not going to lie, it's more than a tad jagged, I'm not sure what we're going to do with it. I've taken to reposting stuff from here as well as raiding things I find elsewhere on Tumblr. For the next couple of weeks its going to be test drive time so if you're up to it take a peak now and again and see what I'm doing. Its not being updated every day like this page so try it every few days.

What I'm hoping to do it use it for pictures. Depending on what happens with us at the New York Film Festival I may use it for something special.

I finally saw Dark Knight Rises. While I was less bothered by the changes to the comic, I found the film to be an incredible mess dramatically. Even if one wanted to consider it just a comic book movie it would be a mess. How can any film that starts chase in broad daylight and have it switches inexplicably to dead of night in the middle not be a mess? I expected better from Christopher Nolan. It's a not a terrible film, but its not the classic some have portrayed.  I'm working on a god awful and ungodly long piece taking it apart piece by piece and and scenes by scene. I had hoped to put it here but the frigging thing is way too out of control, especially since it's pulling in problems with the previous film. Its needs revisions and a calmer head and when I manage that, you'll get it.

Magic Mike is Steven Soderbergh's film based on Channing Tatum's days as a male stripper in Tampa. I don't get the film or why I should be watching it. It's okay but never connected with me. (What I want to see is a film based on the unlaundered stories.)

The Bourne Legacy is a related film to the Matt Damon films about Jason Bourne. It seems Bourne's quest to find out about his past caused his masters to freak out and wipe out every trace of the program. The problem is they mess up in taking out Jeremy Renner's character and he's soon on the run trying tostay alive and get enough meds to keep him going. Less action film than thriller (though there are great set pieces) this is a solid film. Sure it takes a bit to get going and it ends on a kind of cliffhanger, but it's an enjoyable film. My question, when's the next one?

The Watch is a middling science fiction comedy about the neighborhood watch stumbling on an alien invasion in a Costco. It just missed for me. with the balance between comedy, science fiction and action never working. It comes off as calculated in the extreme.

Never mind that Total Recall is a remake of a semi-classic(in some corners) science fiction film, its a mess on it's own terms. It's a film that is way too in love with it's notion of being a great looking science fiction. It looks like a Bladerunner knock off but without any real notion of a workable story (and revisions to the original that make it very much one thing). Wait for cable.

The Bachelorette is a funny film about three obnoxious women who are the in the wedding party of their overweight friend who they hold in a kind of contempt. As the wedding approaches they end up wrecking the wedding dress and are forced to deal, sort of, with the mess of their lives. I laughed, I cried, I couldn't understand why any of them were friends. Most everyone is so unlikable I didn't want to spend any time with them. I laughed...but I kind of hated myself for doing so.

And now some links:

The Goodies in Conversation

The 7 Most Unintentionally Hilarious Movies of the Decade, by Rifftrax

Richard 3 is buried in a parking lot

And coming soon---This week we're going to take a look at the five series by Adam Curtis that we hadn't reviewed before. The week after come criterion titles and then who knows....
Posted by Steve Kopian at September 02, 2012