This year the New York Film Festival is having two programs of shorts. As with any collections of shorts some are better  than others,and in this case one collection is much better than the other. Actually one is one of the best collections I've ever tun across , the other is wildly uneven. 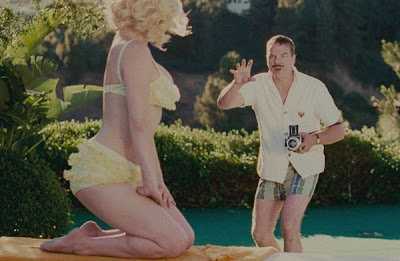 SHORTS PROGRAM 1 This is the weakest of the two collections. The six films presented runs from one of the best films of the year to making you ponder why they are bothering to show it. Two are must sees, two are kind of could see and the final two are not worth your time.

Crescendo- A twisty turny story of a young woman in the 17th century who is pregnant and hates her husband.  I can't really say more than that because the film's "reality" (for lack of a better word) keeps shifting. It's not bad, and the twist is cool, but it's nothing all that special.

Up the Valley and Beyond- Russ Meyer meets his future wife. If you like Meyer and his films you'll like the film. If you don't (and I don't) it's annoying.

A Story for the Modlins - Pictures,video tape and other bric a brac found in the garbage in Spain are used to assemble a possible story for the people in the pictures. An amazing film. That is one of the few films in this group that is worth tracking down.

A Brief History of John Baldessari -Brilliant and very funny 6 minute look at the artist. One of the favorite films from 2012. Can Tom Waits narrate the story of my life too?

Frank-Etienne- First day on a new job traveling salesman  Gérard Depardieu meets a young lady in a literal shaggy dog story. If it didn't have a big star in the lead this would never have played here. 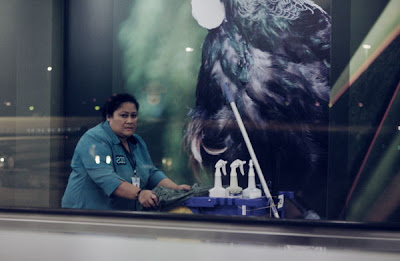 Curfew- Solid dark tinged film about a man who is committing suicide who pauses to watch his niece for his sister. I saw this when it played Tribeca and really liked it. I liked it more on a big screen.

Things I Heard on Wednesdays- Family history crashes into national history through a series of photographs. It's a good little film with just a bit of sadness.

Night Shift- Woman on the night shift at a New Zealand airport ruffles feathers...and ultimately breaks your heart. The ending in crushing.

Zombie- A family copes with a the grandfathers slip into dementia and his efforts to commit suicide in his lucid moments. It's dark comedy that doesn't quite balance the darkness and the humor.

Nothing Can Touch Me - Punch in the gut tale of a high school girl who survives a school shooting, only to have her day get worse. By the time this ended, I was done for the day thanks to the blows this film throws at you (which were compound since  the previous films had softened me up.) As dark and demanding as the film is it's a masterpiece. Simply put one of the best films of any length of the year.

Kavinsky - A young man goes to pick up his date, but first has to get past her father... dark comedy is very funny, And while it's great that the series ends on a humorous note there is some blackness  to the laughs.