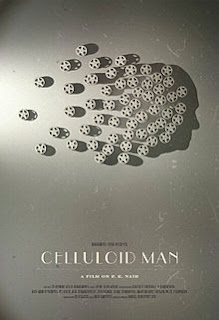 Probably one of the best films of this years New York Film Festival, is getting only one screening on October 4th so if you love film and film history you must make an effort to see this biography/history of the Indian film industry and the man who is trying to preserve it.

P.K. Nair is the founder of the National Film Archive of India. For decades he scoured the country and the world in an effort to save as much of the cinematic history of India (and the world). Told via interviews with the man and the filmmakers he influenced as well as dozens of clips this is a full 10 course meal and then some. This is everything you wanted to know but were afraid to ask... Its a film that will enthrall any lover of world cinema, or just good movies.

This film blew me away. There is so much here, from the life of Nair, to the history of Indian cinema, to extended talks about preservation, not to mention talk about what real passion is, that there is simply too much to describe...

...or take in. When the film was done I felt great at seeing a great movie but I also felt a little sick.I felt like a kid who was locked in a candy store over night who then tried to eat the whole candy store. I say that because this is an almost three hour dip into the films various subjects and it's a tad over whelming.  Seriously I was starting to happily drown about two hours in when I looked at my watch and realized there was an hour to go...I was more than happy to do so, but when it was done I wanted a nap, and not to see another film (this was the second of three films on the day I saw it)

Actually the only real (minor) problem with the film is that the film is a tad unfocused. We bounce from thing to thing and person to person and sometimes it kind of seems to be repeatng itself... And perhaps it does but at the same time there are always shades that weren't there before.

I really loved this film. Its a tresure trove of stories and clips and wonders that any film fan worth their salt would die for.

If you need more proof that that best films at the New York Film Festival are in the sidebars, this is it. 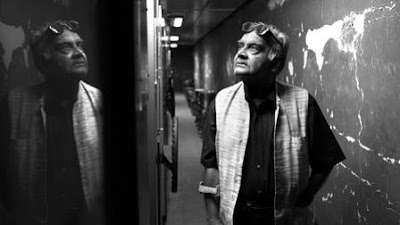